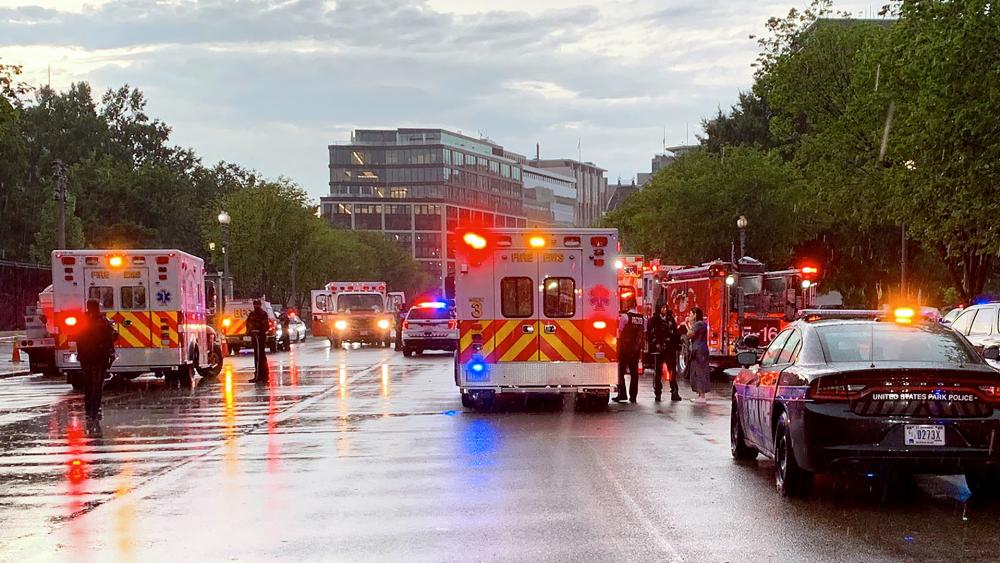 The horrific incident unfolded Aug. 4 in Lafayette Square, across the street from the White House.

According to AccuWeather, Escudero-Kontostathis was found lying on the ground after the intense lightning bolt, which caused her heart to stop. As soon as they saw her, U.S. Secret Service agents rushed over with defibrillators to help the 28-year-old California native who lives and works in D.C.

Escudero-Kontostathis was struck around 6:50 p.m. as she was seeking shelter from the torrential rain under a cluster of trees.

Listen to the latest episode of CBN’s Quick Start podcast

The woman is now hospitalized, where she is being treated for numerous severe burns to her body. Although she is in constant and intense pain, Escudero-Kontostathis’ brother, Robert, said she is making “amazing” progress toward recovery and is “getting stronger each day.”

“The U.S. Secret Service uniform division and U.S. Park Police both witnessed the strike and immediately began rendering medical aid to the four victims,” said Vito Maggiolo, a spokesperson for the District of Columbia Fire and EMS Department. “We had a very robust initial response.”

At the time the lightning struck, Escudero-Kontostathis was collecting donations for refugees for her work with the nonprofit charity Threshold Giving. Just a few minutes after she was hit, Escudero-Kontostathis’ boyfriend, Achilles, was supposed to pick her up for a dinner to celebrate her birthday.

She was moved out of the ICU on Aug. 6 and is now recovering in the burn unit.

Escudero-Kontostathis’ mother, Julie, told AccuWeather her daughter is “literally blowing all the doctors away with the progress her body,” noting she has been able to take a few steps — a development medical personnel were not expecting at this point.

“The trauma doctor came up [to the family] and said she’s an ‘absolute miracle,'” Julie said.

While they are certainly optimistic, Robert said his sister’s healing journey “will be an uphill battle, but it’s one she will win with the full support of family, friends, and medical professionals.”

The other victims of the strike — retired couple James and Donna Mueller of Janesville, Wisconsin, and 29-year-old Brooks Lambertson of Los Angeles — passed away.

Escudero-Kontostathis and her family are aware of the fates of the others involved in the incident.

“We can’t stop thinking about the other families that lost their loved ones,” said Robert. “We realize how close we were to losing our Amber and we are praying for every loved one involved.”

Escudero-Kontostathis is scheduled to begin a master’s degree program at Johns Hopkins University in a few weeks. Some of the donations will be used to pay for travel accommodations to and from the school.