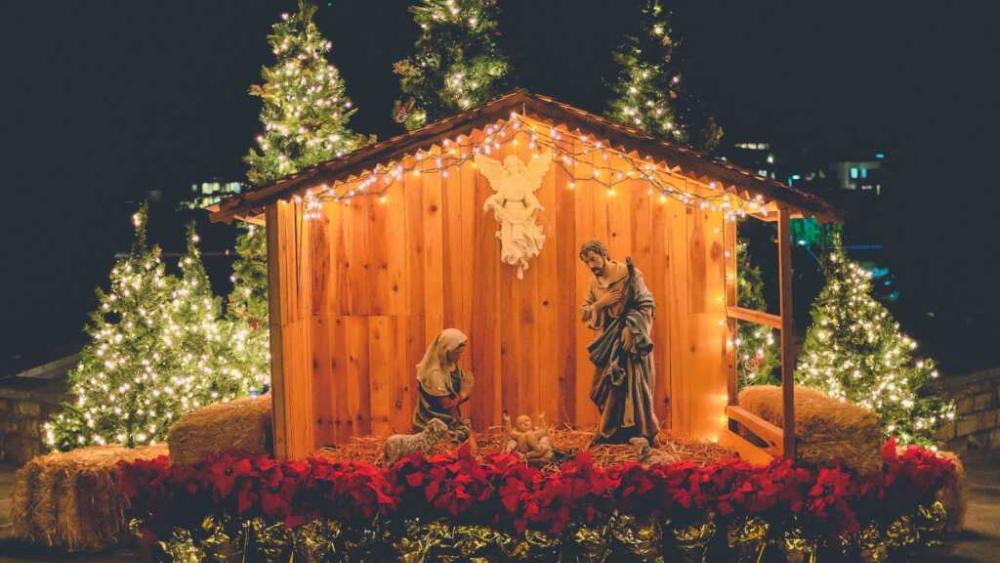 Just four days after it was erected, vandals decimated a nativity scene at an ancient church in England.

The Rev. Danny Morrison, vicar of the 13th century All Saints Church in Ipswich, told local media members of his congregation were “distraught and saddened” by the “barbaric” attack that left the nativity scene in shambles, according to LBC News.

A congregation was left 'distraught' after a nativity scene at an historic Ipswich church was smashed, with 'Joseph' beheaded.https://t.co/2TRQT6Wyqf

He added, “What state might their life be like if they find pleasure in doing this? I am trying to make sense, which I really can’t.”

Another church member reportedly said the vandals responsible for the attack — which left the figurine of Joseph without a head — should be “ashamed” of their “barbaric” assault on the religious display.

The attack this week suspiciously mirrors a similar act of vandalism carried out against the same nativity scene in 2018. The Ipswich display was targeted several times that year, ITV News reported.

Baby Jesus has been stolen and Joseph's head has been knocked off at a church nativity scene in Ipswich.
The display outside All Saints Church has been attacked several times since it was put up. pic.twitter.com/M9YDNcQ2BG

One church leader, Jane Cornish, was particularly discouraged by the latest attack on the nativity, because the figurines, she said, “took a long time to put up,” according to the Daily Mail.

“We feel is something that is appreciated around here,” she said, noting church members work hard to make sure the Christmas scene “looks nice.”

“It was so sad when we arrived in the morning to see it in bits on the ground,” added Cornish. “We have got other ready-made figures, which we use inside, but they are not as sturdy, and to fix the figures would take a long time, because they really are in little bits.”

While the nativity has been targeted in the past, Cornish said this latest attack was the most destructive.

Carole Jones, the Ipswich borough councillor, said in a statement of her own “it’s hard to understand such mindless vandalism, especially as this is meant to remind people of Christmas.”

“It is a gift to the neighborhood as well,” she said. “When people pass it and see it, it cheers them up.”

Another ward councillor, Colin Kreidewolf, echoed Jones’ sentiments, adding, “The church puts up a display every year and it is lovely, so it is distressing and concerning to see that people feel it is OK to vandalize.”

He noted his intentions to contact All Saints Church to see if the city can help in any way.