British Sons of Islam-Spouting Texas Synagogue Hostage-Taker Being Questioned: 'It Was Horrifying' 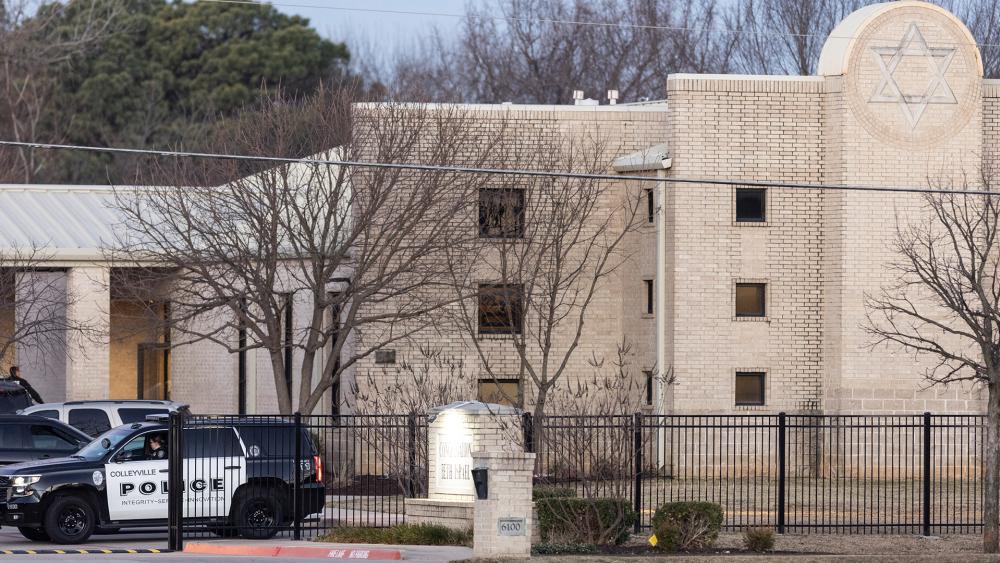 Counterterrorism police in Manchester, England have detained the teenage sons of Malik Faisal Akram in connection with the hostage standoff at a synagogue in Colleyville, Texas over the weekend.

British police are only saying the teenagers are "in custody for questioning." Akram was reportedly in touch with his sons during the standoff.

Malik Faisal Akram, a British national who arrived in the U.S. five weeks ago, entered the Shabbat service at Congregation Beth Israel in Colleyville, Texas on Saturday. Police say Akram then took a rabbi and three others hostage for almost 11 hours before the hostages escaped. The rabbi says he threw a chair at their captor which gave time for him two other hostages to make a run for it after the 10-hour standoff.

Akram's voice had been overheard talking on a live stream of the service. "He was talking about Israel, Palestine, Islam, and that he had a gun," synagogue member Stacey Silverman said. "He implied he had a bomb in his backpack. It was horrifying."

At the end, cameras suddenly captured a frantic dash to freedom by the hostages, who managed to escape unharmed.

Akram, shot in the head by the hostage rescue team, was found dead in the synagogue.

Akram was demanding the release of convicted terrorist, Aafia Siddiqui, known as "Lady al Qaeda." Siddiqui, a Pakistani neuroscientist, was convicted of plotting to kill U.S. soldiers in Afghanistan. She's serving an 86-year sentence at a prison in Fort Worth, not far from the synagogue.

The Simon Wiesenthal Center released a statement saying: "It is no accident a synagogue was chosen for this attack."

"We need to get to the bottom of this, we haven't seen one of these radicalized attacks in a few years now and its disturbing to see it raise its ugly head again," McCaul told CNN.

Joe Biden said the White House is focused on the threat to Jews and Christians from Islamic terrorists.

"I wanted to make sure we got the word out to synagogues and Christian worship that we're not going to tolerate this, that we have this capacity to deal with assaults on, particularly the anti-Semitism that is growing up," Biden said.

Rabbi Charlie Cytron-Walker credited recent training at the synagogue for saving the hostages' lives, saying, "Without the instruction we received, we would not have been prepared to act and flee."

Across the country, law enforcement is reportedly stepping up security at Jewish synagogues and schools."