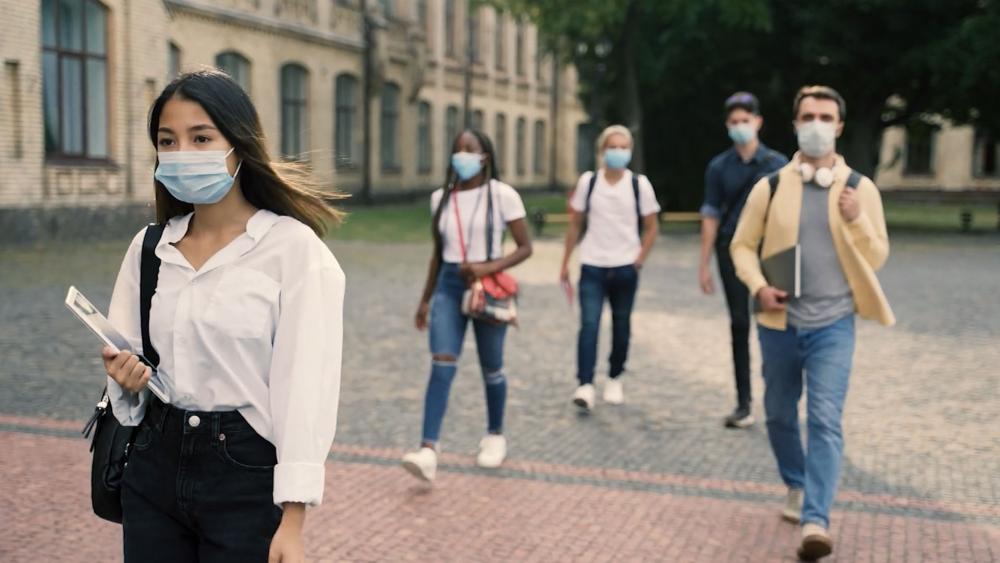 U.S. Sen. Rand Paul (R-KY) believes what's happening on a growing number of college campuses regarding their COVID-19 protocols is over the top.

Take this quote for example: "Forget making college memories at Yale. They want to control every aspect of your life even AFTER 2 vaccine doses AND booster lol," wrote Blair Cooper on the Yale Daily News' Facebook page after the university announced this month that it's banning students from eating at local restaurants, even outdoors, to try and cut COVID numbers.

At Princeton, fully vaccinated students were told in December not to even leave the county unless they were on a sports team. And at Johns Hopkins University, students are required to be triple vaxxed, wear N95 masks or double-masked, and test twice weekly.

Dr. Marty Makary, a Johns Hopkins surgeon and professor, weighed in writing, "At these institutions of higher learning and thousands more, science is supposedly held in the highest esteem. So where is the scientific support for masking outdoors? Where is the scientific support for constantly testing fully vaccinated young people? Where is the support for the confinement of asymptomatic, young people who test positive for a virus to which they are already immune on a campus of other immune people? The data simply do not justify any of it."

"I think the mask mandates are wrongheaded and unscientific, but also these draconian things that they're asking of students, I think it's unfair to the students, but really, parents need to wake up," the Kentucky Republican told CBN News. "Quit sending your kids to Yale and Princeton if they are a bunch of authoritarians."

As the omicron variant continues to surge and universities double down on COVID restrictions, Paul and others say the science simply isn't there to justify the restrictions.

"Under 18, the death rate is about one in one million and above age 80, it's about 1000 times that," the senator said. "It's ridiculous to apply the same precautions that we put, that we are prescribing for the elderly, to the young."

It's why Tyce Patt, and 14 of his fellow students, are suing Ohio University over its COVID protocols, including their vaccination mandate, claiming it's discriminatory.

Patt argues the university's rules violate both state law and the Ohio Constitution by not allowing students to exercise their consent to medical treatment.

"The best thing we can do for students is give them the choice," argued Patt. "No one's going to have the same health scenario for every person. So, putting these blanket orders over everybody and saying everybody has to wear masks, to get a vaccine and take a test, and that's the only way to beat COVID is anti-science and honestly dangerous."

Warner Mendenhall, Tyce's lawyer, has filed similar lawsuits against other Ohio universities. His clients have described to him what happens when students test positive on some campuses.

"Whether or not they're symptomatic, if they test positive on the test, their key cards are shut off so they can no longer go to class, go to their dorm room, go to the dining hall, go to the gym, go to the library," Mendenhall claimed in an interview with CBN News. "They have to report to a COVID dorm where there is no proper food or water, or they can go home and that is just wrong."

Molly Noble, a parent of an Ohio University student, has joined the class action lawsuit.

"They need to start looking at the physical and emotional and psychological effects that this is having on this population," Noble told CBN News.

Surveys show the pandemic continues to have a major impact on student's mental health.

"The entire society is impacted by this pandemic, and we don't yet know the total outcomes of what this is going to do for any generation," Wolgast told CBN News.

CBN News also spoke to several students around the country who welcomed their universities' COVID protocols.

For example, students at the University of Michigan have to be double vaxxed and boosted.

"I think that the other measures that the university has put in place, like having us wear masks in the dorms like we have to wear masks in classes or social distancing, and also the booster, is making it safe enough for us to go back to in-person classes as of now," Sammie Blackmore, a student at the University of Michigan, told CBN News.

Meanwhile, students at Penn State University aren't required to get the jab.

"We do have required testing for those who are unvaccinated, but vaccines are not required at Penn State, and I think it's been working pretty well," said Zoe Christidis, a student at Penn State University. "Teachers have been very understanding, they say if you don't feel well, don't come in."

Annalise Abraham, a senior at the University of Pittsburgh, said it's also important to consider all the people that students often meet on a regular basis.

"Universities don't exist in a bubble. You know, we're interacting with the communities and people around us, and we have a responsibility to protect all those people," Abraham said.

Mendenhall says it's time for the country to prepare for a potential new reality -- that the virus is here to stay and that campuses should also rethink their battle lines going forward.

"I do think that within a couple of months, so many people will have had this new variant that immunity will be so widespread that hopefully, we'll be able to get beyond this pandemic," Paul added.