'Somebody’s in There!': NYPD Cops Rush Toward Danger to 'Save Lives' of Victims Trapped in Suspected NYC Gas Explosion 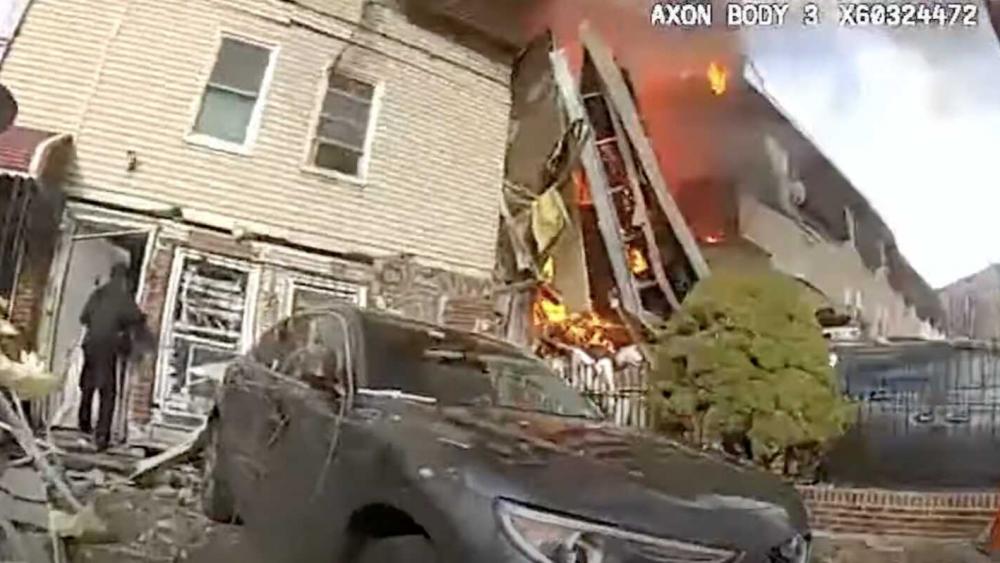 Bodycam footage shows New York City police officers on Tuesday rescuing an elderly woman in a Bronx home who was stuck underneath a couch after an apparent gas explosion.

“Somebody’s in there,” a resident can be heard saying, as cops run toward the danger to find her.

There were three women between the ages of 68 and 82 inside the three-story house. One victim, 77-year-old Martha Dagbasta, died, though the two others are being treated at a local hospital, WABC-TV reported.

The woman who was carried out of the home is reportedly in serious condition.

“When you see the body camera video, you are going to see the quick response of the officers, going into a burning building, next door from the explosion, not realizing if there would have been an additional explosion,” he said. “They went inside and carried out a woman who was trapped inside.”

One of the affected homes reportedly collapsed after the woman was found, according to WABC-TV.

The cause of the explosion is under investigation, though no foul play is suspected.