Watch CBN News Coverage From the 49th March for Life: 'The Excitement Is Palpable' 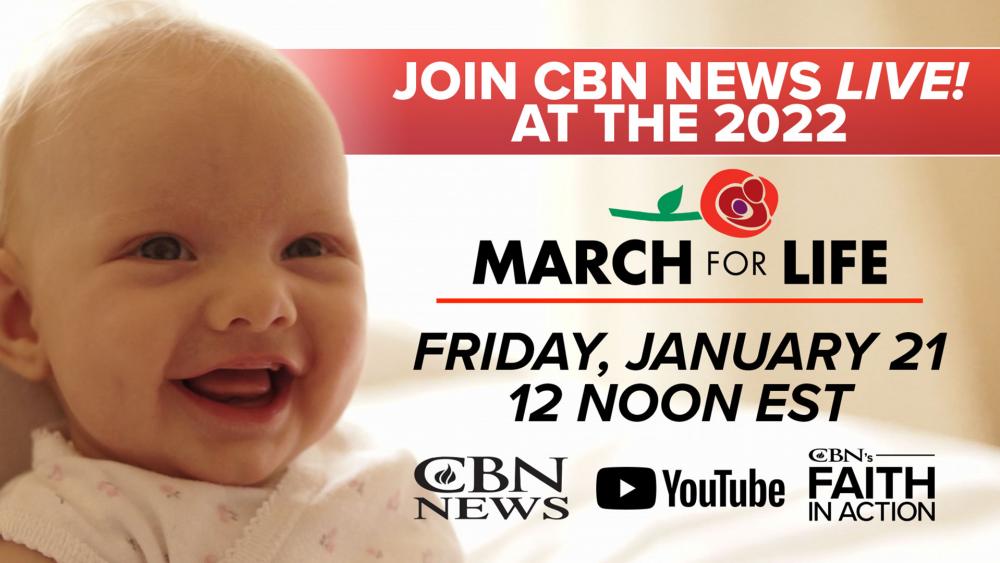 For nearly 50 years, pro-lifers across the country have descended on Washington, D.C., for the annual March for Life. This year’s event will be held Friday and comes as the U.S. Supreme Court considers the future of Roe v. Wade, the 1973 ruling that granted nationwide legal protection for abortion.

Faithwire senior writers Billy Hallowell and Tré Goins-Phillips are in Washington, D.C., for the event, hosting coverage of the pro-life rally which will be streamed live on the CBN News YouTube channel.

WATCH the LIVESTREAM from the March for Life BELOW, Starting at Noon:

March for Life President Jeanne Mancini told Faithwire she is expecting some 100,000 demonstrators to show up for the annual event, describing 2022 as “a banner year” for the pro-life cause.

“I haven’t seen the enthusiasm of the movement as it is now ever in my lifetime,” she said. “Especially with the Supreme Court case Dobbs v. Jackson Women’s Health, I think that pro-life America is excited and they see a very important and real victory within reach. No one knows the future, but the excitement is palpable. So I think the March for Life this year is a banner year.”

CLICK HERE to Find Out More About CBN's Faith in Action Pro-Life Petitions.

The theme for this year’s event is “Equality Begins in the Womb” and will feature a pre-rally concert before the March for Life rally begins at 12:00 p.m. when our Faithwire and CBN News coverage will start.

Mancini said the March for Life leadership chose this year’s theme “because equity and equality is something that’s getting a lot of conversation and it is important, but we wanted to insert into that conversation the unborn child.”

Because of this year’s theme, the March for Life president went on to say she is particularly excited to hear from Katie Shaw, an Indiana woman who has Down syndrome and has credited her parents for choosing life over abortion.

“There’s a whole population of unborn children that are disproportionately targeted for abortion, and those are ones who receive a Down syndrome positive test,” Mancini said. “Katie received such a test … but her life has no less dignity or beauty than mine or yours and so we’re very excited to hear Katie share her testimony.”

Our Faithwire and CBN News coverage of the March for Life will begin on Friday, January 21, at 12:00 p.m.