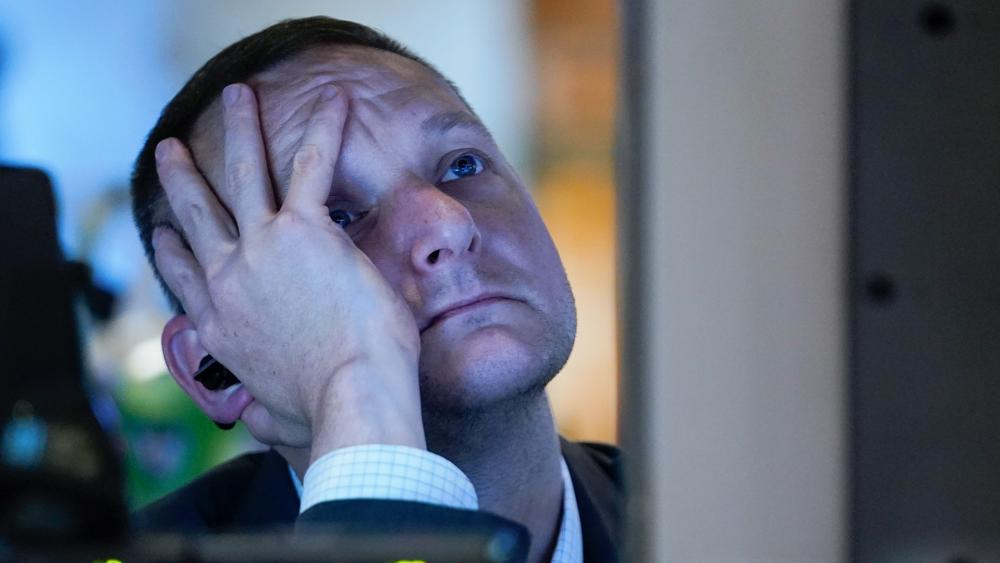 With inflation now at 8.6% and food prices rising the fastest in 40 years, Americans are trying to find ways to get by, and that means less spending.

"It's really kind of tough 'cause you wanna have everything provided, food, but everything is so high," said a grocery customer in Texas.

A woman at a gas station added, "I'm dipping in savings so that I can live."

Credit card debt, which dropped during the pandemic as Americans used government stimulus checks to pay down balances, has rebounded to all-time highs.

As Americans tighten their belts and close their pocketbooks, it puts even more downward pressure on the economy, pushing it toward recession.

Almost half of the economists surveyed by The Wall Street Journal say a recession is likely in the next 12 months.

But retail sales slowed last month for the first time this year, including a 4 percent drop in car sales. Americans have begun pulling back on spending, especially on services rather than goods.

Former Treasury Secretary Larry Summers says all signs point to a recession. "The dominant probability would be by the end of next year we would be seeing a recession in the American economy," Summers said.

Record fuel prices are another major inflationary pressure that is reverberating through the economy. While Yellen says the administration would consider suspending the federal gas tax – about 18 cents a gallon – that wouldn't make a huge difference.

Patrick De Haan, head of petroleum analysis at Gas Buddy, says, "Next time you go to the grocery store or the hardware store, you buy something online, you're going to pay for it. Or I should say you're gonna pay much more for it, given the fact that diesel prices now we're approaching $6 a gallon for a national average.

But the biggest reason by far for inflation, according to analyst Joel Griffith at the Heritage Foundation, has been runaway government spending.

"Look, we spent about 6 trillion dollars extra over the past two years than we normally spend, and nearly every last dollar of that was printed by the Fed to purchase government debt. That's why we have inflation now," Griffith told Faith Nation.

One thing economists seem to agree on is that there will be no easy way out of this economic mess.