US Inflation at New 40-Year High as Price Increases Spread 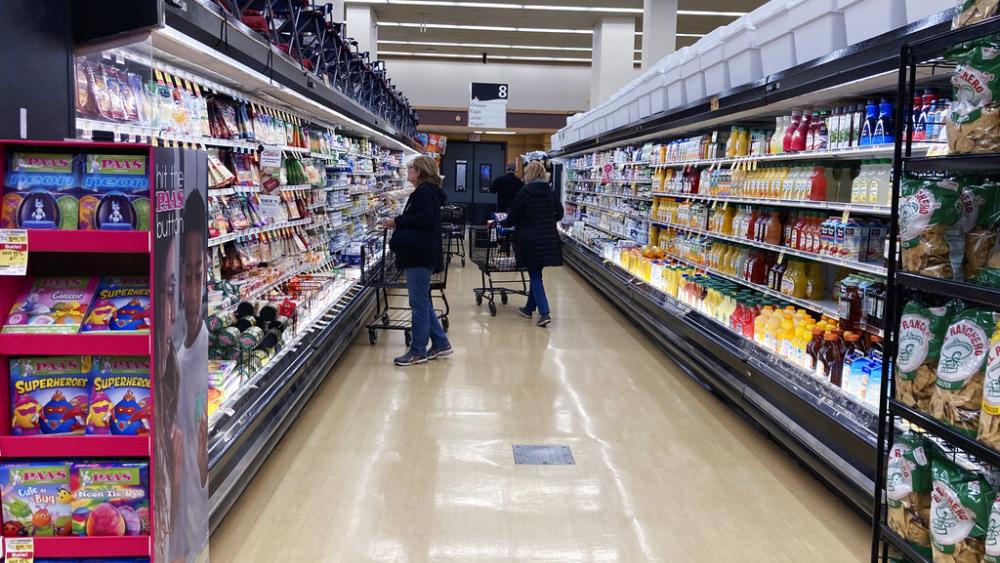 WASHINGTON (AP) — The prices of gas, food, and most other goods and services jumped in May, raising inflation to a new four-decade high and giving American households no respite from rising costs.

Consumer prices surged 8.6% last month from a year earlier, faster than April’s year-over-year increase of 8.3%, the Labor Department said Friday. The new inflation figure, the highest since 1981, will heighten pressure on the Federal Reserve to continue raising interest rates aggressively.

On a month-to-month basis, prices jumped 1% from April to May, much faster than the 0.3% increase from March to April. Contributing to that surge were much higher prices for everything from airline tickets to restaurant meals to new and used cars. Those price spikes also elevated so-called “core” inflation, a measure that excludes volatile food and energy prices. In May, core prices jumped a sharp 0.6% for a second straight month. They're now 6% above where they were a year ago.

Friday's report underscored fears that inflation is spreading well beyond energy and goods whose prices are being driven up by clogged supply chains and Russia's invasion of Ukraine. It also sent stock prices tumbling. The increased pressure on the Fed to raise rates even faster — which means higher-cost loans for consumers and businesses — will raise the risk of a recession, too.

“Virtually every sector has higher-than-normal inflation,” said Ethan Harris, head of global economic research at Bank of America. “It's made its way into every nook and cranny of the economy. That's the thing that makes it concerning because it means it's likely to persist.”

Gas prices rose 4% just in May and have soared nearly 50% in one year. The national average price at the pump reached $4.99 Friday, according to AAA, edging closer to an inflation-adjusted record high of $5.40.

The cost of groceries surged nearly 12% last month from a year earlier, the biggest such increase since 1979. Rising prices for grain and fertilizer after Russia's war against Ukraine is intensifying that rise. Restaurant prices jumped 7.4% in the past year, the largest 12-month gain since 1981, reflecting higher costs for food and workers.

Employers face immense pressure to raise pay in a job market that remains robust, with low unemployment, few layoffs, and near-record job openings. But while average wages are rising at their fastest pace in decades, they aren't increasing fast enough for most workers to keep pace with inflation. Many households accumulated savings from government stimulus aid during the pandemic and are now having to draw on those savings to pay bills.

Rampant inflation is imposing severe pressures on families. Lower-income and Black and Hispanic Americans, in particular, are struggling because, on average, a larger proportion of their income is consumed by necessities.

In light of Friday's inflation reading, the Fed is all but certain to implement the fastest series of interest rate hikes in three decades. By sharply raising borrowing costs, the Fed hopes to cool spending and growth enough to curb inflation without tipping the economy into a recession. It will be a difficult balancing act.

The Fed has signaled that it will raise its key short-term rate by a half-point — double the size of the usual hike — next week and again in July. Some investors had hoped the Fed would then slow its rate increases to a quarter-point hike when it meets in September or perhaps even pause its credit tightening. But with inflation raging hot, investors now foresee yet another half-point hike in September, which would be the fourth since April.

Surveys show that Americans see high inflation as the nation’s top problem, and most disapprove of President Joe Biden’s handling of the economy. Congressional Republicans are hammering Democrats on the issue in the run-up to midterm elections this fall.

On Friday, Biden responded to the latest figures in a speech at the Port of Los Angeles, which is now moving a record amount of cargo under an agreement the White House has shepherded. Yet even as the number of ships waiting to unload at the port has dropped sharply, inflation has not.

“My administration," the president said, “is going to continue to do everything we can to lower the prices to the American people.”

Surging prices have forced Rocky Harper of Tucson, Arizona, to start doing gig work for delivery companies, on top of his regular full-time job with a package delivery service. His main job pays $800 a week, he said, which “used to be really good money and is now just above dirt-poor.”

Harper, 44, said he and his fiancée are delaying marriage because they can’t afford it right now. They’ve cut off Netflix and Hulu. His car’s catalytic converter was stolen recently — an increasingly common theft — for the rare metals they contain that have shot up in price. A repair cost $1,300.

“With the food, gas, and rent — holy cow,” he said. “I’m working a massive amount of overtime, just to make it, just to keep it together.”

A report from the World Bank this week made clear that high inflation is a global problem that threatens to slow economies around the world. For the 19 countries that use the euro currency, inflation fueled by rising food and fuel prices hit a record 8.1% last month, leading the European Central Bank to announce that it will raise interest rates for the first time in 11 years, starting in July and again in September.

In the coming months, prices in the United States may ease somewhat. Some large retailers, including Target, Walmart, and Macy’s, are now stuck with too much of the patio furniture, electronics, and other goods that suddenly are no longer in demand. Target said it's cutting prices due to mounds of unsold inventory.

Though Americans have soured on the economy, they have largely kept up their spending. They are increasingly turning to credit cards, with total card debt rising sharply in April, the Fed reported, though such debt has only barely surpassed pre-pandemic levels.

How long these trends — higher wages, extra savings, and rising card debt — enable Americans to keep spending will help determine whether a recession can be avoided. To cool inflation, spending growth must be slowed.

For lower-income Americans, there are signs it's already slowing. Sales are weakening at retailers that cater to budget-conscious shoppers, like dollar stores. Walmart said customers are shifting down to cheaper items.

Research by the Bank of America Institute, which uses anonymous data from millions of their customers’ credit and debit card accounts, shows gasoline eating up a larger share of budgets.

For lower-income households — defined as those with incomes below $50,000 — spending on gas reached nearly 10% of all spending on credit and debit cards in the last week of May, the institute said. That’s up from about 7.5% in February, a steep increase in such a short period.

Many small businesses are still struggling to keep up with rising costs for supplies and labor, a sign that price hikes will continue. Andrew McDowell, the founder of With Love Market & Cafe in Los Angeles, said he's paying more for food supplies, workers, and reusable bags, which used to cost him 23 cents but now cost 45 cents.

The company’s chicken BLT now costs 20% more than it did before the pandemic. McDowell said he's grappling with the highest prices for supplies and workers he's ever faced. He thinks he may have to raise prices again, by 10% to 20%.

“Every product is impacted, every aspect of the business is affected,” McDowell said. 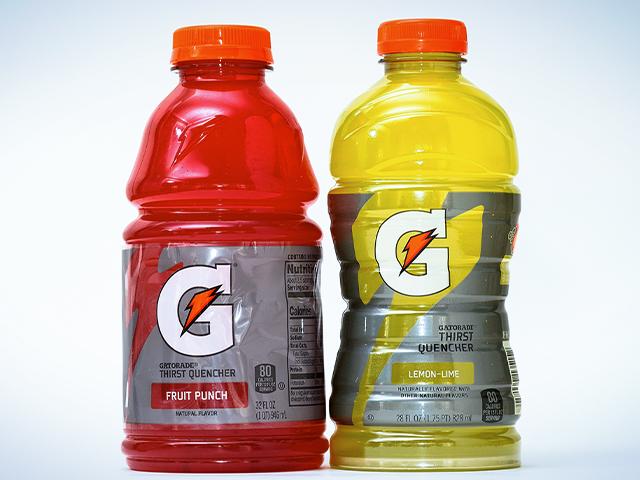 'Shrinkflation': No, You're Not Imagining It - Product Package Sizes Are Shrinking 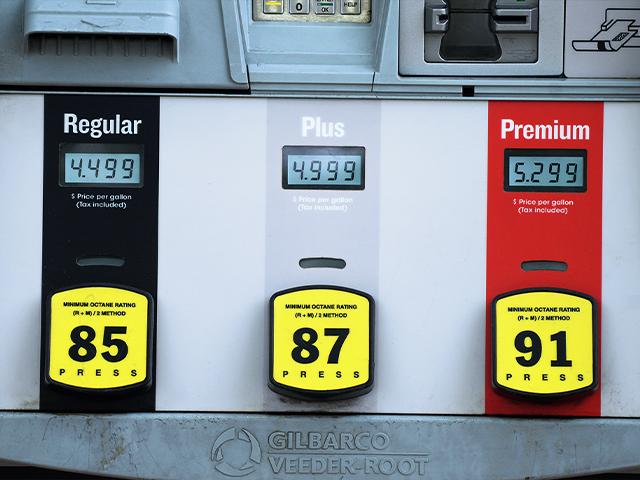 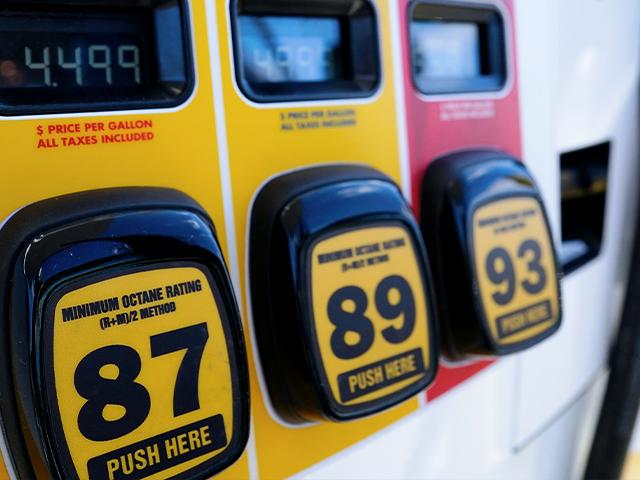 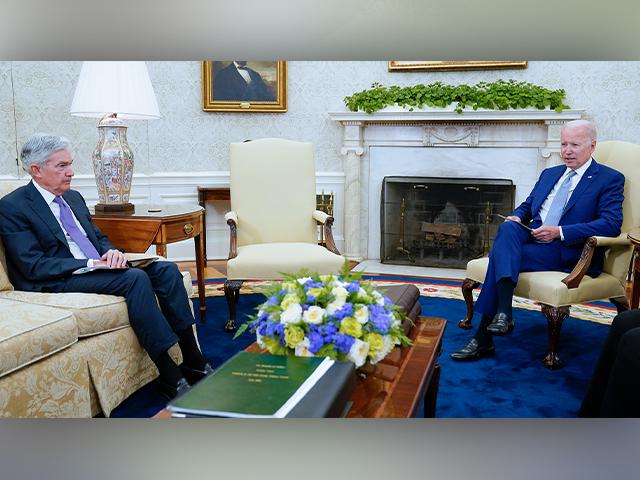