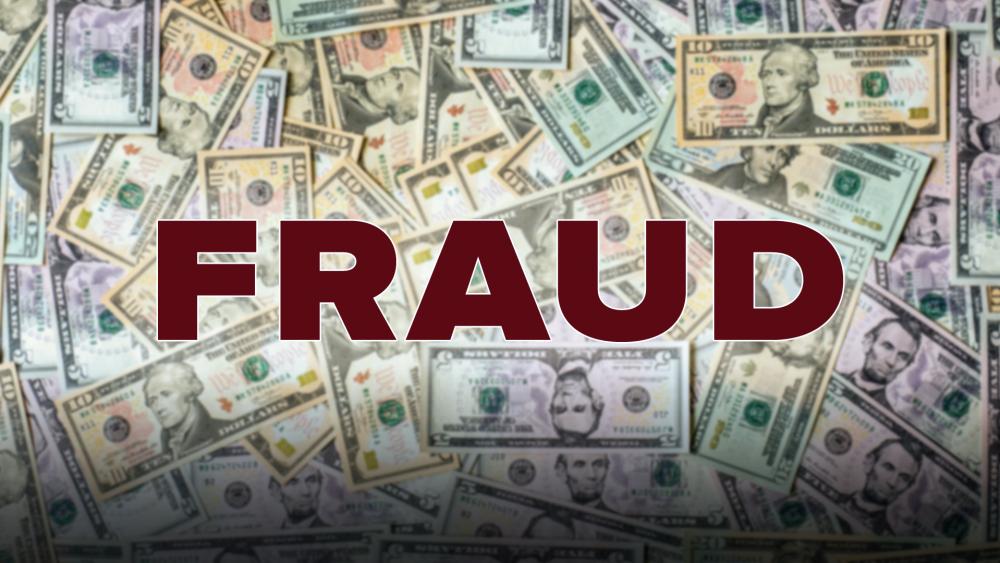 Criminals stole nearly $163 billion of American taxpayer dollars from the pandemic-related unemployment aid that was meant for American workers, families, small businesses, and industries. And many of the thieves were from foreign countries, so the money may never be recovered.

Just over a year after Congress passed the Coronavirus Aid, Relief, and Economic Security (CARES) Act in 2020 and the Coronavirus Response and Consolidated Appropriations Act in 2021, experts were warning that criminals may have stolen as much as half of the unemployment benefits the U.S. government made available, amounting to some $400 billion.

According to some estimates, the bulk of the money probably ended in the hands of foreign crime syndicates — making this not just theft, but a matter of national security, the news outlet Axios reported.

"Instead of a thorough examination of an applicant's eligibility, many programs substituted this requirement with quicker self-reported information, which contributed to funds mistakenly being sent to deceased individuals; ineligible applicants, for fraudulent criminal schemes," said Senate Committee on Homeland Security and Governmental Affairs Chairman Gary Peters (D-MI)

So how did these crooks gain access? They used Americans' personal information exposed in past data breaches, according to the news outlet Newsy.

"It's kind of shocking, but the cost of buying those sort of basic identifiers on the dark web is pennies on the dollar," American Enterprise Institute Senior Fellow Matt Weidinger told the outlet.

Woody Talcove, CEO of LexisNexis Risk Solution told InsideSources that the fraud rate for unemployment insurance is currently estimated at 18.71 percent, the highest of any government benefits program.

Talcove told the news outlet he believes about 70 percent of billions of dollars in taxpayer money went to criminals in China, Nigeria, Romania, and Russia, which capitalized on the sloppy protocols of government agencies.

For example, earlier this month, Abidemi Rufai, a Nigerian national, pleaded guilty in a federal court in Tacoma, Washington, to wire fraud and aggravated identity theft for using stolen identities to claim hundreds of thousands of dollars in pandemic-related unemployment benefits.

According to the plea agreement, since 2017, Rufai unlawfully obtained the personal identifying information for more than 20,000 Americans to submit more than $2 million in claims for federally funded benefits under a variety of relief programs. The various agencies involved paid out more than $600,000.

Rufai also reportedly defrauded the Small Business Administration (SBA) by attempting to obtain Economic Injury Disaster Loans (EIDL) tied to the COVID-19 pandemic.  Between April 8, 2020, and June 26, 2020, he submitted 19 fraudulent EIDL applications.  SBA paid out $10,000 based on the applications.

No Barriers for Criminals

Brett Johnson, a cyber-crook turned cybersecurity expert told InsideSources that the passage of the CARES Act not only expanded unemployment eligibility but also decreased barriers to fraud. And federal agencies were not the only ones affected. State agencies were widely targeted.

"There was no security in place for six months," Johnson said. "State unemployment offices had never really seen any fraud before. There was some fraud, but not at scale, and not with the type of attackers that had been hitting them."

As CBS News reported in March, one DOL IG investigation resulted in charges against 11 members of the Brooklyn-based Woo Gang in a multimillion-dollar pandemic unemployment fraud scheme. In another, a one-time employee of the California Employment Development Department was sentenced to more than five years in prison for fraudulently obtaining nearly $4.3 million in pandemic relief funds.

Among the states, California has lost the largest amount of money to criminal schemes. The state's Employment Development Department reports $20 billion lost to fraud since the start of the pandemic. But some experts think in reality, the Golden State's losses are closer to $40 billion.