New Christian School Gets 2,500 Applications as Families Flee Public Ed in Droves: 'Once in 100-Years Moment' 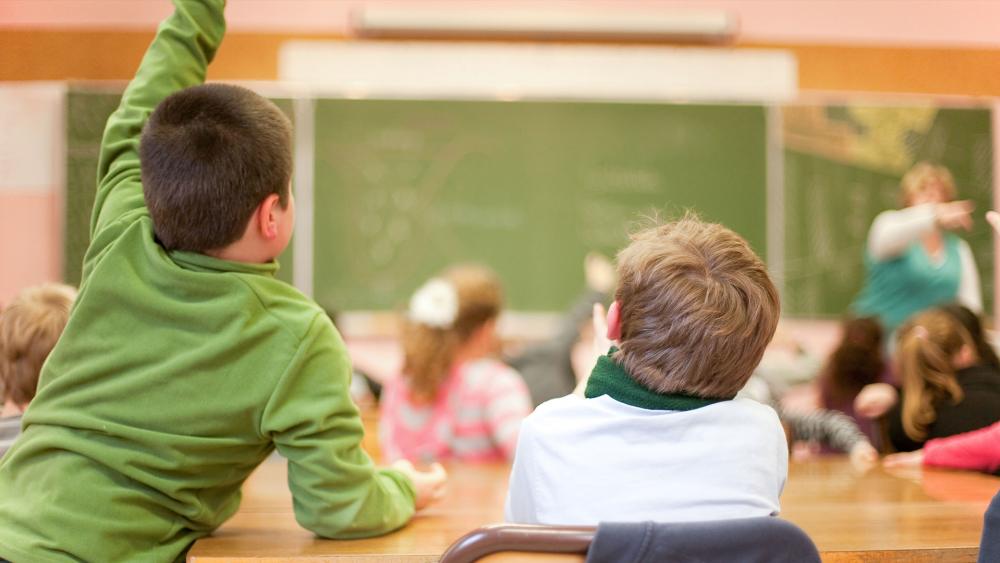 6309243522112
A 'Once in 100-Years Moment': Christian Schools Flooded with Applications as Controversies Plague Public Education

MIDDLEBURG, Virginia – Nestled in the rolling hills of northern Virginia sits a sprawling tree-lined campus. Classrooms inside this shuttered private school sit empty. Once-busy halls are eerily silent. Each room looks like a time capsule of better days. But not for long.

"After much prayer and discussion with our elders, and pastoral leadership, we will be launching Cornerstone Christian Academy," said Senior Pastor Gary Hamrick.

Hamrick got a standing ovation after making that announcement during recent Sunday services at Cornerstone Chapel in Leesburg.

The campus is about 20 miles from Cornerstone Chapel the church that will open the school in the fall of '23.

Initially, there will be enough space for 500 elementary and middle school students. "They have classrooms, desks, there's a gym, cafeteria, down the hall. We're going to repurpose it for the Lord," said Hamrick.

There are also plans to expand to high school and online learning.

"Our goal is to provide children an education where they have a biblical worldview. So they can go out into the world and be salt and light," he said.

The multimillion-dollar project is Hamrick's response to what's playing out in public school systems across the country.

Loudoun is considered the face of the nation's culture war, for more than a year, parents have railed against everything from sexual assault on campus to critical race theory and transgender policies.

"Our kids need an alternative; we have to ourselves as a church get engaged. What can we do to help give a Christian-based, Christian biblical worldview education for our children?

Abbie Platt, who saw three children suspended for not wearing masks at school, even though the state mandate was lifted, applied immediately. "LCPS has lost our trust and we really want our children to be in an environment where they can focus on literacy and learning instead of indoctrination," said Platt.

Loudoun County has been the subject of so much controversy, that Pastor Gary knew there would be a demand locally. What he didn't expect is to hear from parents in at least 27 states eager for their children to attend.

Cornerstone has been inundated with inquiries, and not just from parents. Teachers want out of public schools too.

"By the end of the week, we had over 2,500 students pre-registered. I got over 450 emails from teachers wanting employment."

The overwhelming response mirrors what appears to be a national trend. Nearly two million students left public schools between 2020 and 2021 with large numbers now enrolled in Christian education.

Before the pandemic, many Christian schools struggled with low enrollment. Now, there are waiting lists.

One of the things that came out of COVID was parents were looking over the shoulder of their kids as they were taking online classes and realizing some of the stuff that's being taught was against their values, even if they weren't Christians," said Hamrick.

E. Ray Moore, founder of the conservative Christian Education Initiative calls it a "Once in a 100-year moment."

"It awakened many people, Christian churches, and some pastors to recognize that it is our responsibility to provide the Christian education or our children, not the government," said Moore.

"We're seeing a resurgence of homeschool co-ops and hybrid homeschools and learning pods. Churches and communities and cul-de-sacs of people are becoming very creative in what is a good quality Christian value-based education," said Darrell Jones, president of the Herzog Foundation.

With many public schools mired in controversy, interest in Christian education is expected to keep rising.

"It's definitely part of revival that I hope sweeps across this nation in different ways. Not just in terms of schools and education, but what is happening in our churches, the sleeping giant has been awakened and parents begin to realize when their kids' future is at stake," said Hamrick.