'We See God Moving Powerfully': These Experiences at Harvard Law School May Surprise You 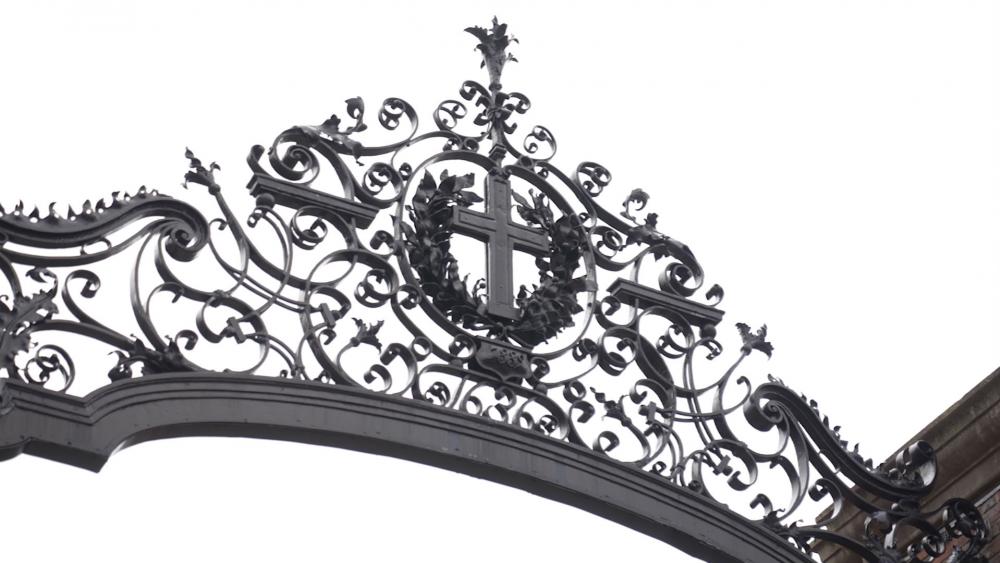 6306542213112
Being a Christian at Harvard Law School: These Experiences May Surprise You

On a Tuesday night at Harvard Law School, you might expect to see study groups involving case law or researching legal precedents. CBN News caught up with one group of students studying the Bible.

First-year law student Matt Chun, Ph.D., said he was "pleasantly surprised" to learn how vibrant the Christian community is here.

'God is Not Dead'

"It's been incredibly encouraging for me being involved with Christian Union, small groups and even going to church with my classmates, and going to prayer in the mornings," Chun said.

"It seems like there's Christian programming almost every day and tons of ways to get plugged in and involved," he continued.

As a ministry director for the organization, Christian Union, Justin Yim leads the Bible study.

"We know that God is not dead at Harvard, and we see God moving powerfully, and we sense, if you speak to some of the other campus ministers on campus and some of the students – there's something happening underneath," Yim told CBN News.

Jesus Moving 'In so Many Ways'

Third-year law student Krissy Annunziata says she expected it to be tough as a Christian here, yet found her faith flourishing after seeing Jesus move "in so many ways."

"I've seen people come to Christ. I've seen people receiving the Holy Spirit, and I've seen healings," she shared. "And it's just incredible to me, like the community that is here because it's not just the law students."

"When we host events, I mean we have people coming across the different masters and doctoral programs across the campus – a lot of them in the science fields, engineering, computer science, things like that," Annunziata continued.

"At the end, he was like, 'Oh, well, I don't know if I can ask this, but I have one leg that is shorter than the other, and I have back pain and all that,'" explained Marques, referring to one of the participants. "And so he asked for prayer, and we had a student in the workshop just pray and command that leg to come, even out in the Name of Jesus."

"And we all literally saw it as he was commanding the leg to grow out in the Name of Jesus – it was growing out, and it just evened out," she continued.

"We've seen Jesus cast out demons out of people, and we've been participating, right, we've been saying 'In the Name of Jesus, get out,'" Hawkins shared. "We've seen demons leave. We've seen people being freed from anxiety."

"We've seen someone with a really bad jaw, like a locked jaw – Jesus like healed her jaw," he continued.

"We're gathering together across ministries, across the graduate schools, coming together, worshipping together, praying together, and we're all pressing in for the same thing," said Yim. "We want to see Christ lifted high and exalted, and we want to see revival on the campus to begin with."

Yim says the Christian presence is not out of character here.

"When you think about the history of Harvard University in and of itself, that it started out as a place where men were trained for the Christian ministry, right, so it is hearkening back to its original roots," he said.

Christians at Harvard Law School can also find support through the Program on Biblical Law and Christian Legal Studies. According to its website, the program integrates law, leadership and life, built on a foundation of biblical wisdom and truth.

"It's that combination of teaching and scholarship and also building up and discipleship of believers who are here," Jon DeWitt, a third-year law student, told CBN News. "It's just been very encouraging."

"We can't clearly get a full picture understanding of the law without understanding the biblical principles behind it," said Marques. "The intersection of Christianity and the law is just so important."

"It's a field that needs to be explored, and I think it's amazing to have that resource here on campus," she continued.

A Legal Path for Christians?

And for Christians considering a legal education here, Annunziata offers words of encouragement. 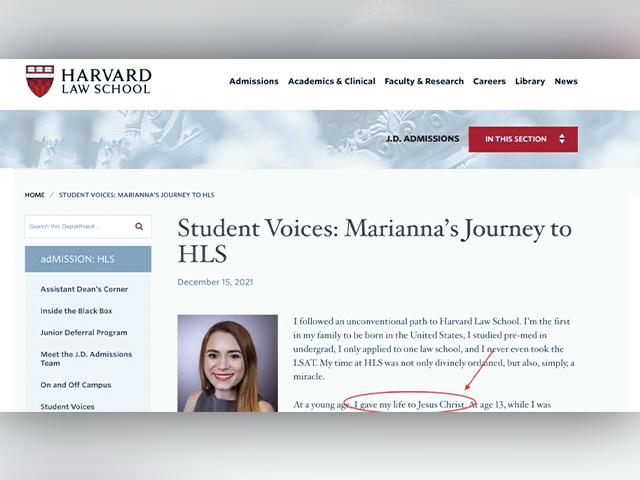 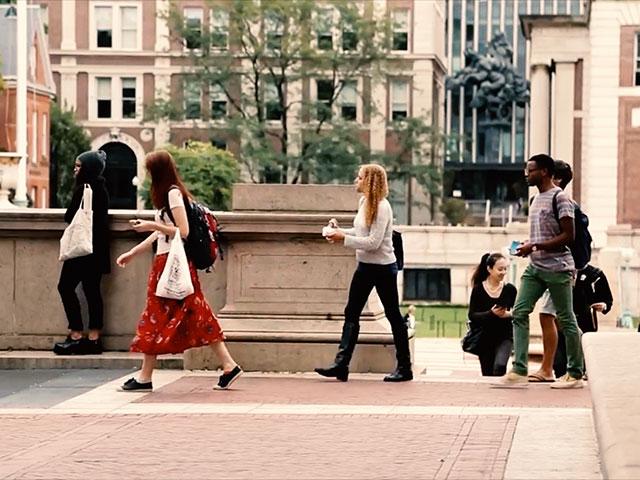