'God Was On His Side': Mother-to-Be Will Give Birth to Son Twice to Save His Life 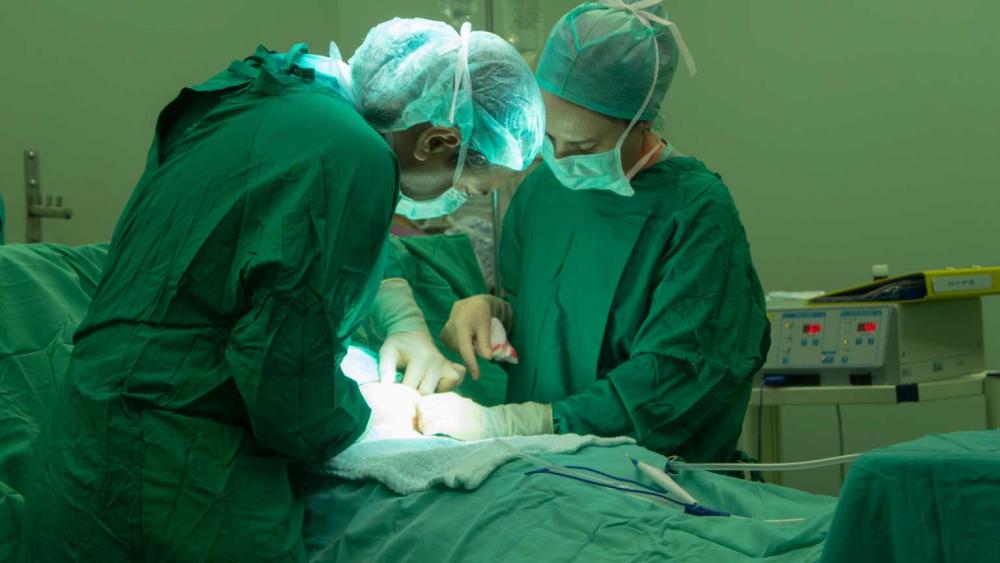 Jaiden Ashlea recently gave birth to her baby — and she’s about to do it all over again.

During a recent interview with the New York Post, Ashlea explained she learned at 19 weeks that her then-unborn son, Levi James, had spina bifida. The news, she said, left her “in shock.”

“I couldn’t even speak when the doctor was telling us this,” said the 23-year-old woman from Jacksonville, Florida.

Listen to the latest episode of the Faithwire podcast:

The news got worse with each moment. Ashlea, a TikTok fashion blogger, and her fiancé Noah Detrick were told by doctors there was “no hope” and their baby would likely be born brain dead, according to the Mirror. She recalled her mind racing, telling herself, “This isn’t real; this isn’t happening,” describing the ordeal as “a nightmare.”

But for Detrick and Ashlea, abortion was not an option.

With termination off the table, the Florida-based couple shifted their thinking: What’s next?

That’s when they discovered the modern medical marvel of fetal surgeries. So they traveled to Winnie Palmer Hospital in Orlando, where she became the medical center’s 31st mother to ever undergo an incredible surgery allowing doctors to perform a Cesarian section, break Ashlea’s water, and successfully repair a large legion on baby Levi’s L2 vertebrae on his lower back.

After performing the surgery, the doctors repositioned the baby inside Ashlea’s womb and placed her on bed rest.

She will deliver Levi again — and officially — at 37 weeks in July.

Ashlea first opened up about her incredible surgery on TikTok.

“Since the surgery, [doctors have] seen so much more movement and signs of any malformation in his brain are reversing,” Ashlea told the Post, noting doctors believe it’s likely Levi will have no major motor issues when he’s born for the second time this summer. “He’s kicking his legs and twisting his ankles in there. I can feel him moving.”

While Ashlea is undoubtedly grateful to the medical experts who performed the surgery on baby Levi, she is also crediting God for His goodness in the life of her soon-to-be-born-again baby.

“I’m excited for him to realize how many people were rooting for him, and how loved and special he is,” she said. “Not everyone gets the chance to have this surgery. And I want him to know that God was on his side.”

As Christians, it seems like it’s hardly a coincidence Ashlea happens to live near Orlando. Winnie Palmer Hospital is one of just 12 facilities in the U.S. that perform these high-risk fetal surgeries.

Such procedures — which can only be performed on a few hundred expectant mothers and their babies each year due to how incredibly invasive the surgeries are — typically cost upwards of $25,000. Thankfully, insurance covered Ashlea and Levi’s groundbreaking surgery.

Please be in prayer for Ashlea, Detrick, baby Levi, and the doctors and medical staff who are caring for them.