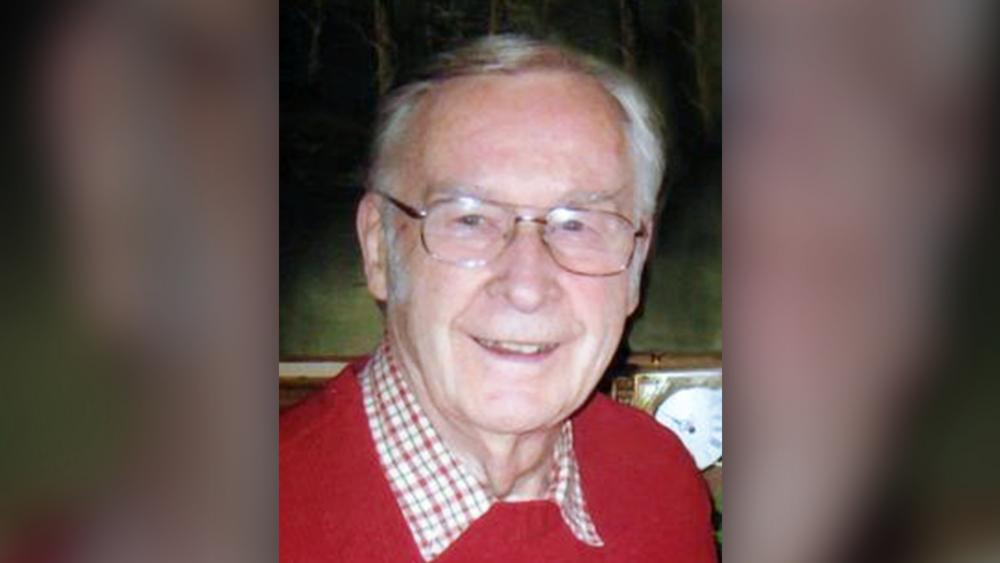 Some who knew Don Ogden would describe him as a passionate music teacher who was charismatic and "loved being a servant of the Lord", but a recent investigative report unveils the Christian leader and founder of Grace College's music department lived a double life as a serial child abuser.

On the outside, Ogden was a faithful member of Winona Lake Grace Brethren Church who started the music department at Grace College & Seminary in 1950 for the "preservation and meaningful use of great Christian hymnody," according to a 2015 publication from the private college in Winona Lake, Indiana.

But after his death, his adult daughters discovered their dad had sexually abused 100 to 200 male victims while serving as a leader at both institutions.

According to an investigative report submitted to CBN News from Grace College, Ogden abused male victims from the 1960s through the 1990s, with most incidents occurring in the 1980s.

In a six-page statement, Diane Ogden Grenfall and Kathleen Ogden Jenkins said they made this heartbreaking discovery last year and they wanted to "bring light to the darkness."

"It is with broken hearts that my sister and I are bringing our story forward. After speaking with many Christian experts that handle abuse in Christian institutions, we were told that if there is no public confession and help for the victims given, we must go to the media. After writing eight letters over the last 16 months, we both feel, sadly, that we have absolutely no choice," reads a statement submitted by the sisters to the Christian Post.

"Our goal is to bring light to the darkness in our culture and in our world and bring healing and closure to the many, many victims of our father, which experts estimate would number between 100 and 200. Unfortunately, without a public confession of the mishandling of the wrongs done years ago, there is no way to locate and give closure to the victims," they said.

"Our father used his position, his power, his wit, and persuasion to gain the trust of young men, and later perpetrate crimes against them that would change their lives forever. We realize, looking back, that this was sadly still going on when he was 80 years old."

The sisters have claimed Grace College and the Winona Lake Grace Brethren Church mishandled reports of his abuse at the time because of fear it would disrupt the funding of their operations if reports were made public.

Grace College confirmed with CBN News that once the school's administration became aware of allegations of sexual misconduct by Ogden against students, they hired Elizabeth H. Canning, Campus, and Workplace Solutions, as an independent investigator.

"Although the allegations involved misconduct that occurred more than three decades ago, the passage of time did not diminish our responsibility and commitment to uncover what happened and to support those harmed by his actions," the statement reads.

"Grace is committed to acknowledging the pain of Mr. Ogden's actions, protecting our campus community, and preventing future misconduct. We are dedicated to focusing on accountability, improvement, and meaningful action based on the recommendations of the investigator," it continues.

"Grace College condemns all forms of sexual harassment, which has no place in a God-honoring community such as ours. A respected member of the school and community betrayed the trust placed in him by students and families. We are deeply sorry this happened. There is no place for any type of sexual misconduct at Grace College."

In the school's investigative brief, they outlined they sent 900 letters to music program alumni since most of Ogden's contact was with music students.

In total, more than 140 people responded by email or phone to the investigator's letter or direct outreach. Eleven individuals responded to those letters indicating that they experienced or witnessed sexual misconduct by Mr. Ogden, with most of the incidents occurring during choir or music group tours.

The investigative report did confirm that in 1993, Mr. Ogden was arrested in Kansas for sexually assaulting a minor while traveling as part of his work in Grace's alumni department, but this case was not prosecuted. The boy reportedly recanted his story and said the sexual encounter was consensual.

CBN News reached out to both Diane Ogden Grenfall and Kathie Ogden Jenkins to confirm their statement, but at the time of publication neither has returned requests for comment.

The sisters say a whistleblower's confession in 2021 led them to dig deeper into their father's predation on young boys.

"[He] had been molesting boys for over four decades. Incidents occurred touring across the country, in people's homes, our home, malls, youth conferences, and other places," they said in their statement.

CBN News has reached out to the church for a response and inquired if the church has led its own investigation, but at the time of publication, they did not respond to requests for comment.

"This is going on in far too many 'Christian' institutions," Diane wrote on Facebook last May after an investigative report found the Southern Baptist Convention stonewalled sexual abuse victims while allowing perpetrators to walk free.

"Stonewalling instead of truly investigating is the way they keep past abuse hidden," she added. "The answer is a simple matter of confession and finding mercy. Then helping the victims. It's God's plan and is always the best option."

"May we join together and fight this evil battle that God has called us to fight. It's not easy," she continued. "It starts with honesty."

Are you or someone you love experiencing emotional or physical abuse? Please click here for important resources. Don’t delay!