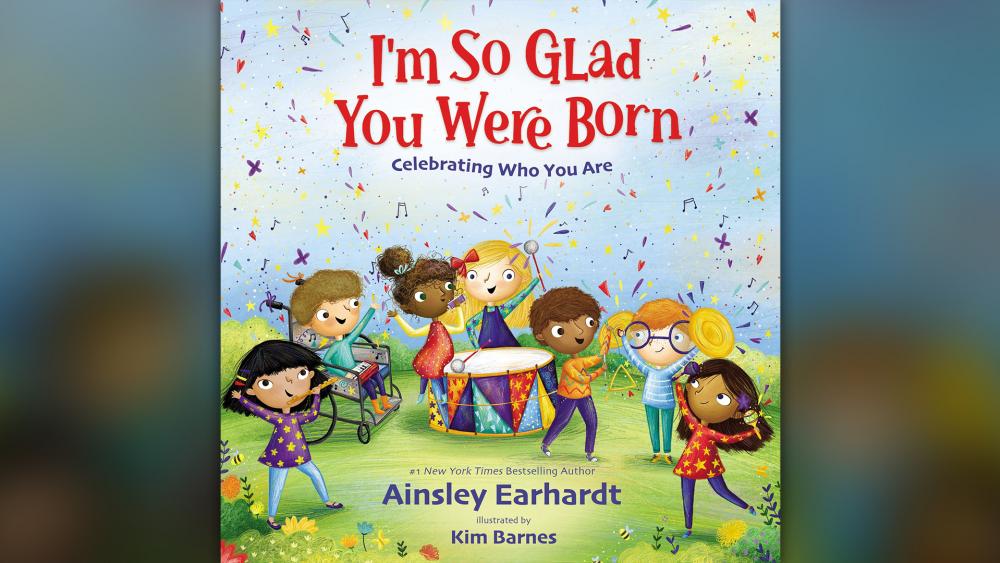 Fox & Friends co-anchor Ainsley Earhardt has become a familiar face in TV news, but her children's books are also inspiring kids and families to see God's power in their lives.

"For I know the plans I have for you," declares the Lord, "plans to prosper you and not to harm you, plans to give you hope and a future." That popular Scripture, Jeremiah 29:11, is at the heart of Ainsley Earhardt's new project, I'm So Glad You Were Born: Celebrating Who You Are – a children's book inspired by a faith-affirming message from her own childhood.

"When I was growing up, my mother, on our birthdays, would say, 'I'm so glad you were born,' and that was her message to us. So one day I was on air and I said it and all of the crew and my co-anchors started laughing on Fox & Friends. And I said, 'I know it sounds funny and I know you've probably never heard that before, but think about it. It's your birthday. It's the day that you were born. It's a very special — you're going to contribute to this earth, to this world, and God's going to use you in a mighty way.'"

That's a biblical message of purpose and meaning Ainsley has passed on to her own daughter as well, and one she's now bringing to the masses with the release of I'm So Glad You Were Born, encouraging people to find their worth in the Lord, and to persist and triumph through difficult times.

We asked Ainsley why it's so important that we remind people at an early age that they do have a God-ordained purpose.

"Because we are going to have hard times," she said. "We're going to have ups and downs in life, and you're going to have valleys and you're going to have mountains. But through it all, God says, 'Take heart, I have overcome the world,' and I love that scripture because it reminds me that, no matter what you're going through, He has already overcome it. And in our Bible study, we were studying Paul for a while and his life is just fascinating and amazing, and gosh, I wish I could be half the Christian that he was, but even in prison he felt it a privilege to serve God because he felt like, not only was he incarcerated because his love of Jesus, but he also was incarcerated and he took – he almost enjoyed it because he said 'I am feeling and I am participating in Jesus's crucifixion even though I'm not feeling that pain I am suffering. And it makes me closer to Christ because I feel like I'm participating in Christ's suffering.'"

Ainsley encourages believers to rely on Jesus, even when circumstances take turbulent twists and turns.

"Even though you might want that hard experience to change or you want your future to change, take heart because right around the corner it will. But God might put you through some suffering and allow you to go through some hard times, because he wants you to depend on him and trust that he is going to make a way for you."

Ainsley has relied on God's guidance in her own life, clinging to her faith and values despite working in such a high-profile position. She explained how she remains humble and close to the Lord.

"I think just staying in the Word and being a part of a Bible study. I have an all-women Bible study and we meet on Friday mornings after the show at one of my friends' apartments. And we say we pray circles around our children's schools. One of the ladies actually physically walks around our children's schools and prays for the classrooms. And we live in New York and it's not South Carolina anymore, and it's a little more progressive than other states. And so we are praying just for our children. We know we're supposed to be for such a time as this in the city and I work at a network that's the highest level the national level and I'm grateful to God for that."

Ainsley says she's honored God has chosen her to share his message with adults and children alike.

"I really feel like God chose me for this position because he wanted me to be bold and wanted me to share the gospel. And Fox allows that and now with these children's books, sharing the message to children to the next generation, which is so important is just such an honor."