China's Xi Jinping's 'Mandate of Heaven' to Rule the World 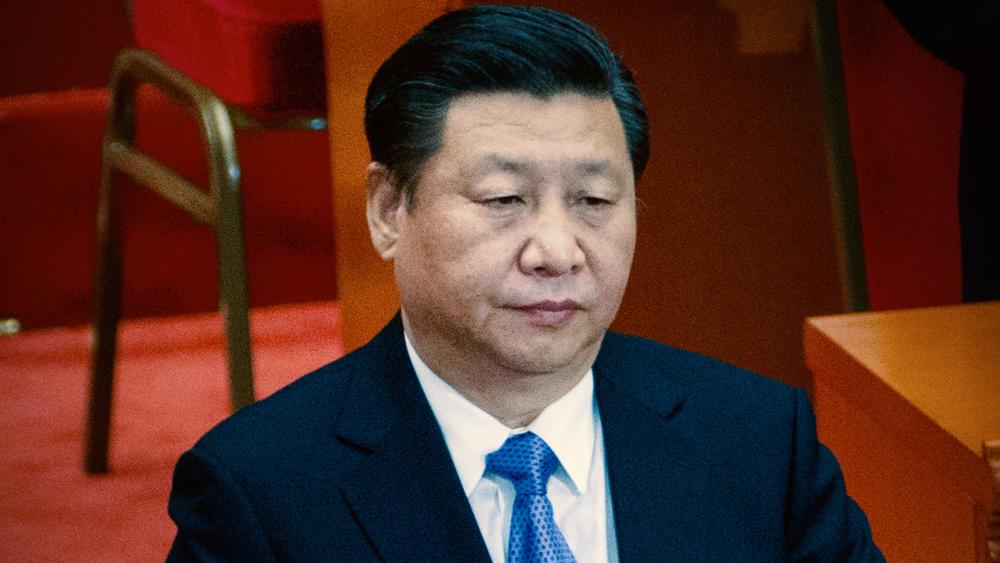 China's Xi Jinping has been called a modern-day emperor.

Napoleon Bonaparte, the French military leader, said more than two centuries ago that "China is a sleeping lion. Let her sleep, for when she wakes, she will shake the world."

President Xi has emphatically declared that the lion has awakened.

Reaching back to the language of his imperial ancestors, Xi announced during his first speech as president in 2012 that his nation would embark on the "Great Rejuvenation" project.

"Which, to put it into sort of Trumpian terms, means to 'make China great again'" Tom Miller, a China expert, told CBN News.

Miller says since taking the reins, President Xi has been on a trajectory of preparing China to be the world's dominant power.

"Under Xi Jinping, China has been very, very deliberately trying to realize its ambition to become the global superpower," asserts Miller.

And Xi wants to achieve that goal within the next three decades.

"He talks about this centenary goal, so the People's Republic of China was founded in 1949, by 2049 China wants to be the global superpower," Miller told CBN News from his home in London.

Chinese scholars say it's also part of the 67-year-old leader's deep belief that his country has a divine right to rule the world.

"The 'mandate of heaven' is from China's imperial past where Chinese emperors believed that they not only had the right, but they were compelled by heaven to rule the world and there's this notion of Tianxia, or 'all under heaven'," said Gordon Chang, an Asia analyst.

One way is by military force.

As commander-in-chief of the world's largest fighting force, Xi has remade China's People's Liberation Army, or PLA, into a military rapidly closing the gap on US firepower.

Zack Cooper is a China scholar at the American Enterprise Institute and lecturer at Princeton University.

"I think we've just been incredibly impressed and surprised, frankly, by how fast the Chinese military has modernized," Cooper told CBN News.

"If you look at what they've done in the last three decades, we've seen about double-digit growth in the defense expenditures for most of that time," Cooper added.

The results could mean a significant threat to the United States, her allies, and the Asia Pacific's balance of power.

"China seeks to build a military that is equal to, and in some cases superior to, the US military or the military of any other great power that China perceives as a potential threat," warned Chad Sbragia, Deputy Assistant Secretary of Defense for China.

The Pentagon revealing for the first time that China now has the world's largest navy and plans to double its nuclear warhead arsenal in this decade, which includes ballistic missiles that can reach the United States.

"This has been a tremendous change from a Chinese military, which back in the 1990s was not even really considered a peer in any way with that of the United States," said Cooper.

"It is a great military threat to the USA because China is developing weapons that are specifically targeting American aircraft carriers and others," said Chang.

China is warning the United States against selling advanced weapons system to Taiwan, an island territory that Beijing claims sovereignty over and has vowed to take back, by force if necessary.

The South China Morning Post reporting that Beijing is beefing up its military capabilities for a possible invasion of Taiwan.

And while China continues to secure its borders and coastal waters, Xi is also projecting power far from home.

"We are really seeing an expansion of China's military footprint in a way that, certainly would not have been expected maybe 10 years ago," Cooper told CBN News.

"I think we are just going to see that accelerate as China grows stronger, it's going to have more reason to go out into the world and try and protect its trade routes and that means more of a Chinese military presence, not just in East Asia, but actually beyond as well," he added.

China is also relying on its economy and technological prowess.

Stretching from East Asia to Europe to Africa, China is busy building roads, railways, airports, dams, power grids, ports, bridges, and the list goes – all in an attempt to gain economic, political, and diplomatic partnerships around the world.

"It's expanded from about 65 countries originally, all more or less neighbors of China, to encompass most of the developing world," said Miller, author of China's Asia Dream. "There are now there are more than 140 countries around the world which are officially a part of this initiative."

Then two years later, in 2015, the government in Beijing launched "Made in China 2025" with the aim of being a technological superpower.

It launched initiatives in high-tech industries, such as robotics, artificial intelligence, and next-generation technology and telecommunications.

"China is doing its best, not only to buy up tech from other countries, and we've seen the U.S. pushing back against that very hard in recent years, but to also create that tech itself," Miller told CBN News.

Miller asserts that unlike Genghis Khan and his Mongol empire, President Xi isn't trying to build an empire in the classic sense.

Instead, Miller argues, that China under Xi, wants to become an economic, military, and technological juggernaut that will surpass the United States, and dominate the world for the foreseeable future.

"Do I think that China like the Mongols is going to send hordes of people across Eurasia and to invade other countries, no I don't," Miller said. "When I use the word 'empire' I'm talking more in terms of an economic and diplomatic empire in terms of global spheres of influence."

In America, levels of anxiety about China are at historic highs.

The Trump administration has put Xi's government on notice for its handling of the Coronavirus pandemic, its poor human rights record, trade imbalance, and a host of other thorny issues.

Still, as the author of a recent Politico article wrote, America, and the world, "doesn't get to veto China's rise, only to reckon with it."

The question is what will that reckoning look like in the years to come as China continues to get stronger.