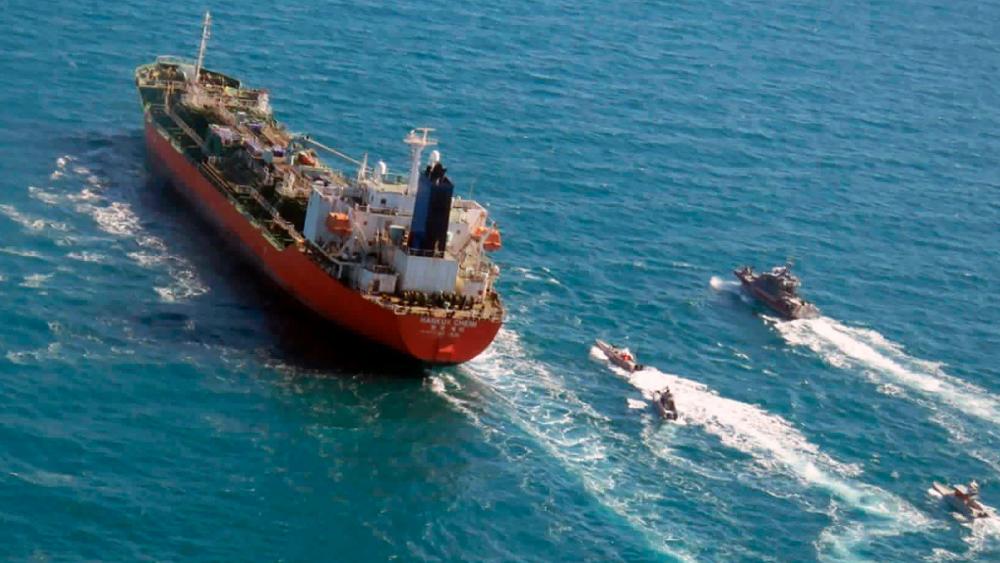 The term "energy terrorism" is being used to describe suspicious activity in the vicinity of the Strait of Hormuz near Iran.

First, the commercial ship Mercer Street was hit by a deadly drone attack attributed to Iran, then reports came in of an attempted hijacking for which Iran is believed to be responsible. Around the same time, several other ships in the region announced they were "not under command," according to MarineTraffic.com. That typically means a ship has lost the ability to steer.

"It's a power play," said Victoria Coates, who was a deputy national security advisor under the Trump Administration.

"They don't really fear retaliation from the United States, and what they're saying to us, quite bluntly, is that they are now very comfortable disrupting shipping through the Strait," Coates told CBN News.

The Strait of Hormuz connects the Persian Gulf and the Gulf of Oman. It's a crucial shipping lane for oil coming out of the Middle East, and Iran no longer needs it. They recently launched their own oil export terminal at Jask Port.

"Jask is below the Strait of Hormuz. The Iranian regime invested a huge amount of resources and money in that port, so that they can export oil from outside of that Strait, from the Gulf of Oman, rather than the Persian Gulf. So that gives them the flexibility to threaten the Strait," said Coates.

She also points to the new hardline government that's now in power in Tehran.

"They are showing everyone in the region there's a new sheriff in town. They want to try to make clear to the world that they are unbowed by the U.S. sanctions," Coates explained.

Continued attacks on ships traveling through the Strait could result in global oil shortages and higher prices, but the U.S. is in a unique position.

"The Iranians don't need the Strait and the reality is that we don't either...thanks to the American Energy Renaissance that we've seen over, really the last decade, but particularly over the last five years. The United States is now one of the big three energy producers in the world, along with Saudi Arabia and Russia," Coates said.

There is concern, however, that the Biden Administration's energy policies are curbing domestic energy production.

Coates says that to keep our energy advantage, it's important to rely on the fossil fuels we have domestically while continuing to research and invest in the renewable energy of the future.

Meanwhile, the U.S. and its allies have not yet responded to Iran's provocations around the Strait of Hormuz. The State Department says it's looking into what's going on in the region. Spokesman Ned Price calling it a "disturbing pattern of belligerent behavior."