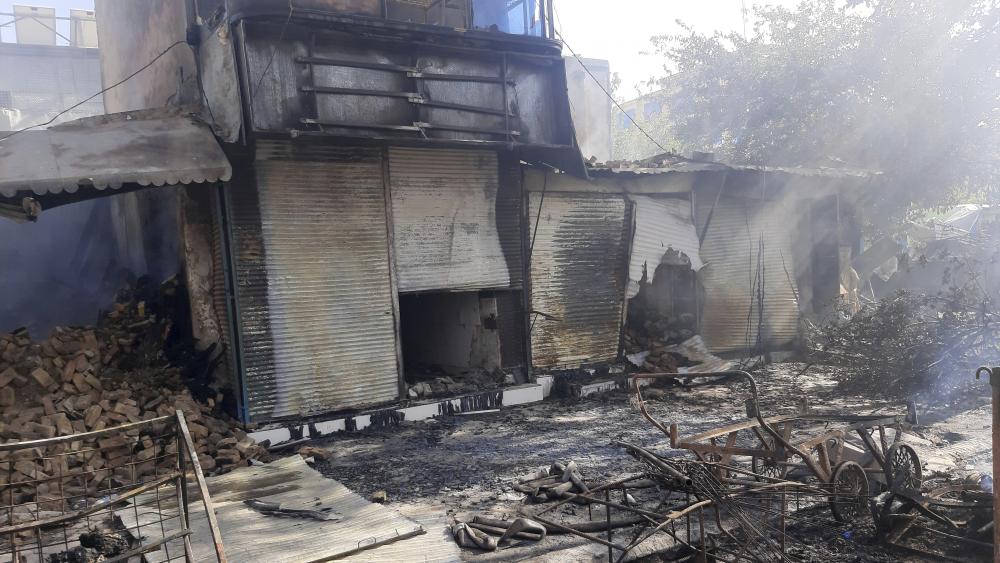 Another key city fell to the Taliban on Sunday as American-trained forces continue to collapse and surrender in Afghanistan.

The U.S. embassy there is urging all Americans to leave the country immediately.

Taliban fighters seized the strategic capital of northern Afghanistan's Kunduz province on Sunday, the fourth provincial capital to fall to the Taliban in less than a week.

The swift advances come as U.S. and NATO troops complete their pullout after nearly two decades in the country.

Thousands of Afghan civilians have died. In a refugee camp, a woman in a burqa named Tamanna said, "My husband was martyred, and then we left our village. My niece's husband was also martyred."

Some Taliban fighters are already secretly inside the capital of Kabul, waging an assassination campaign.  The director of the Government Information Media Center was shot and killed Friday, just days after an assassination attempt on the defense minister.

After the U.S. spent billions of dollars training Afghan forces, several pro-government militia commanders have surrendered to the Taliban without a fight.

Similar scenes happened when the U.S. pulled out of Iraq in 2008, allowing the rise of the ISIS terror group which forced the U.S. military to return.

Former U.S. ambassador to Afghanistan Ryan Crocker told ABC he still expects strong resistance from pro-government forces in the large cities. But he also says the U.S. must speed up efforts to rescue Afghans who helped American forces, like translators.

"What needs to be done right now is to ramp up the evacuation, get more flights in faster," Crocker said.

Janis Shinwari, who was an interpreter for the U.S. military, warned, "The Taliban will kill everybody and they will torture them in front of their family and kill them."

John Weaver, a former missionary to Afghanistan and author of the book, Inside Afghanistan, says Muslim converts to Christianity are in special danger.

"There are a few thousand Muslim background believers who are following Jesus now, they love Jesus. They meet in houses or small group type of venue. It is spreading but it is very dangerous, very difficult for them," he explained.

In a clear sign of panic from Washington, the U.S. dispatched B-52 bombers and Spectre gunships to Afghanistan on Friday to try to hold the Taliban at bay, killing as many as 500 of the fighters.