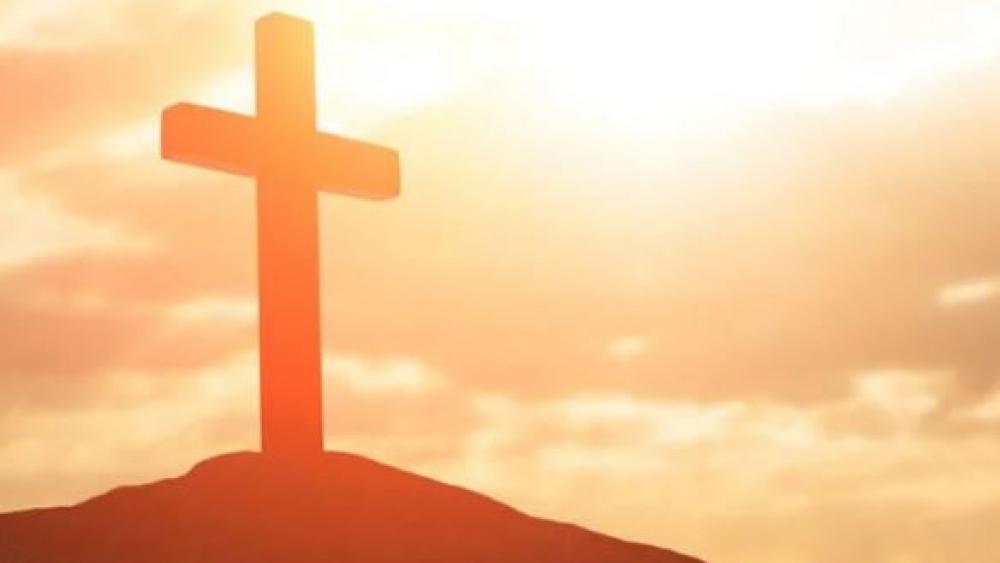 Light on the Cross

Douglas MacKinnon has had a fascinating life and career. A writer for Presidents Ronald Reagan and George H.W. Bush, a former Pentagon official and an author and columnist, MacKinnon’s career has been robust and impactful — but it’s his faith journey that has perhaps been the most transformative and uplifting.

MacKinnon, who wrote the Easter book The Forty Days: A Vision of Christ's Lost Weeks has a personal story of overcoming the odds that is quite powerful.

“Our parents were severe dysfunctional alcoholics,” he told, “The Pure Flix Podcast” of his abusive upbringing. “They didn’t care about the three children they had.”

READ ALSO: 4 Dangers of Misplacing Our Purpose and Identity — and the Fix

By the time MacKinnon was 17 years old, he had been evicted from 34 homes, sometimes being booted out of three or four houses per year.

“We ended up homeless many, many times as children,” he said, noting that his family lived in cars, tents, and parks.

Somehow, though, he overcame, found success and made his way to Washington, D.C. MacKinnon said that faith was a sustaining force early on in his life, recalling the importance of a plastic nativity that he saw in his school when he was just 5 years old.

Listen to his amazing story:

“I became … enamored with this little plastic nativity scene,” he said. “I saw the little smiling [baby Jesus] face … smiling back at me and I have no explanation for it ... I was instantly struck.”

Years later, MacKinnon’s love for his faith only intensified. In recent decades, he felt himself being called to write a story, with mysterious promptings urging him along the way.

“Once or twice a year in the middle of doing something I’d have this literal flash in my head for a second or two and it was always ‘The Forty Days — there’s a great story there. Tell it,’” he explained. “I’d ignore it.”

READ ALSO: The Powerful Lessons the ‘Thief on the Cross’ Teaches Us All

But those promptings kept coming. Eventually, he wrote the words “The Forty Days” on a yellow Post-It note in his office and his wife questioned what it was referencing. He told her he didn’t know but continued feeling called toward this mysterious story.

Then, about three years ago, something incredible happened.

“I was sitting at my desk in my home office working on an entirely different project [and] out of nowhere … this entire story about ‘The Forty Days’ just flooded into my head in a few minutes,” MacKinnon said. “I sat at that desk for the next 10 hours straight and wrote down the story exactly as it came into my mind that day.”

MacKinnon said he had no idea what was happening, but that he felt compelled to write it all down, with names, storylines and more. The experience was so surreal that he called ministers and priests the next day to ask for their advice on what he should do with the finished product.

“They said, ‘Well, Doug, this is something, no matter how it came to you, we believe it’s your obligation to tell that story,” he said.

So, MacKinnon published The Forty Days: A Vision of Christ's Lost Weeks and the novel has been impacting lives with a stunning retelling of the gospel story of Christ’s death. The novel’s description offers up a powerful narrative:

Seventy years after the resurrection of Jesus Christ, in a poor, one room home built from stone, mud, and straw located just outside of Jerusalem, a frail old man tells his granddaughter and her husband of an amazing and miraculous secret.  A secret that, because of fear, he kept to himself for decades. When he was an orphaned 9-year-old street urchin on a street in Jerusalem, he had an encounter with a “bloody and beaten” man who was being forced to drag a heavy timber cross for His own crucifixion.  The old man tells of what he witnessed first-hand of the lost 40 days Jesus walked the earth.

MacKinnon, who donates proceeds from the book to charity, has spent the past two years trying to share the story with as many people as possible.

“Every single person who has read this story has been deeply touched and deeply moved,” he said, adding that he simply wants to remind people of what Jesus was preaching. Looking for more on the Easter story? Check out these amazing shows and movies.