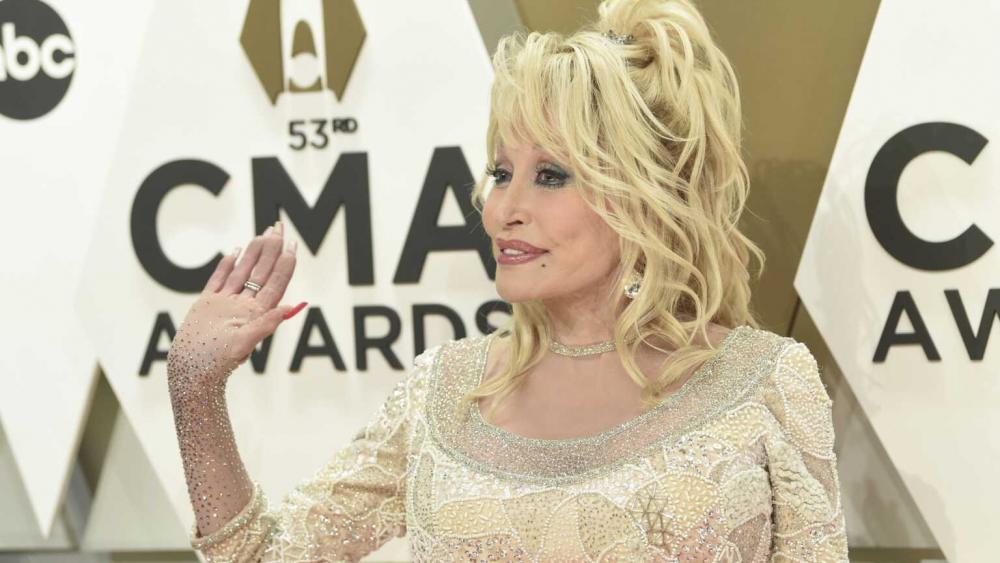 It’s been a tough year for everyone, so why not kick off the holidays a little early this year?

Country music legend Dolly Parton announced this week she will be releasing a new Christmas album on Oct. 2. It will be her first holiday offering in three decades and will feature collaborations with her goddaughter Miley Cyrus, big band crooner Michael Bublé, late-night comedian Jimmy Fallon, and entertainment icon Willie Nelson, among others.

#AHollyDollyChristmas is coming on October 2 The album features some of my favorite people including @MileyCyrus, @WillieNelson, @MichaelBuble, @JimmyFallon, @BillyRayCyrus and more. Pre-order your copy now! https://t.co/zVgiCKMy0O https://t.co/SXkCAfcypP

The 74-year-old Parton told People she wanted the album, “A Holly Dolly Christmas,” to be “cute and clever,” noting the title was inspired by the famous Burl Ives classic, “A Holly Jolly Christmas.”

“He used to be on all of my Christmas specials through the years,” Parton told the magazine of Ives. “I think of him as ‘Mr. Christmas.’ I thought, ‘Why don’t I call it something cute and clever like that, or ‘Deck the Halls with Boughs of Dolly’ — something corny like that.”

The first track on the upcoming record will be “Cuddle Up, Cozy Down Christmas” — a duet between Parton and Bublé. It turns out 2020 isn’t all bad, after all.

She’s also teaming up with Fallon for a special rendition of Mariah Carey’s holiday staple, “All I Want for Christmas Is You.” Parton and Fallon decided to record the collaboration after she appeared on his late-night show a couple of years ago when the comedian asked her to sing Carey’s hit Christmas classic. At the time, Parton recalled, she (somehow) didn’t know the song.

FAITHWIRE: Justin Bieber, Hailey Baldwin Baptized Together: ‘One of the Most Special Moments of My Life’

“I thought, ‘What other songs are really hot?’ And I thought, ‘All I Want for Christmas Is You,’” Parton said. “Jimmy Fallon, a couple of years ago, I was on his show around Christmas and he asked me to sing that, and I didn’t know it, and I felt so bad.”

“So,” she continued, “I went and I learned it and I was just going to put it on my album and then I went, ‘I’ll ask Jimmy Fallon to sing it with me!’ And he said yes, so I’m really excited about that.”

Due to the ongoing coronavirus pandemic, Parton said the parts for each of her collaborations were recorded separately. Some of the tracks were done before the pandemic, “but then we went in and started doing our vocals.”

“We’ve been very smart, very careful because we’re trying to protect ourselves and I’m an older person,” she explained.

The 37-year-old entertainer said the record will debut Sept. 25.

“This year, it was just kind of on my heart to do a Christmas album,” Underwood said in a teaser for the soon-to-be-released album. “I just felt like this was such a fitting time, kind of feel like it’s a more perfect time than ever to record an album like this.”

Underwood also opened up about the role her Christian faith played in naming the Christmas album, which she said was inspired by her favorite holiday song, “Little Drummer Boy,” a classic ballad about a child who offered what he had — his talents as a drummer — to baby Jesus.

“I love music, I love singing — that is my personal gift that I have that I get to do, that I’m so blessed to do,” she said. “And I wanna use that gift, and I wanna give it back to Jesus. That’s kind of why I landed on ‘My Gift’ as an album title.”

With the ongoing pandemic and national unrest, Underwood said people need to focus “on what Christmas is about.”

“Even though it has been a tough year, sometimes I feel like the greatest realizations can come in the worst times or in the most stressful times,” the singer said. “And it makes you more thankful for the things that you do have.”