'Be a Light to Somebody's Darkness': Maverick City, Kirk Franklin Team with LA Mission to Fight Poverty on Skid Row 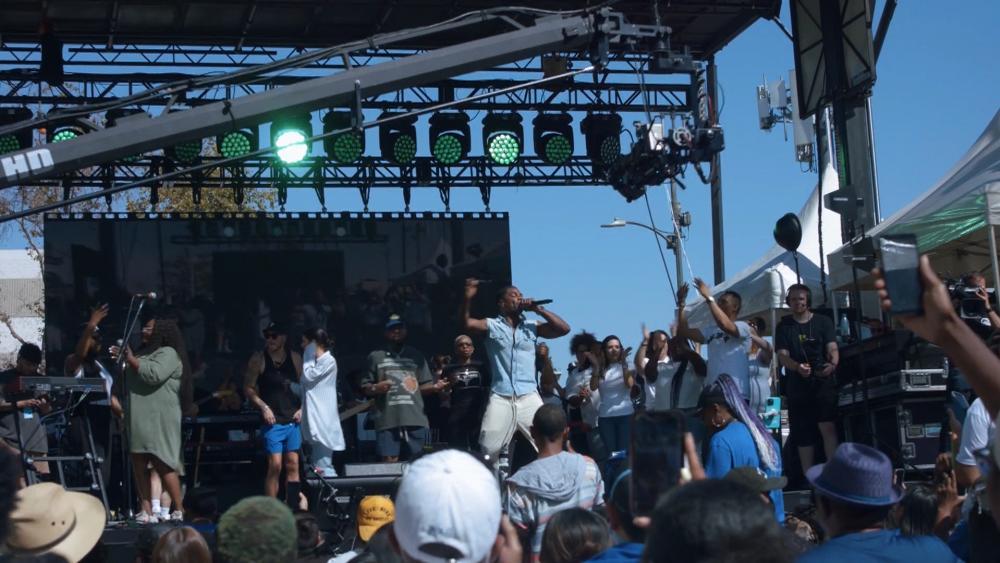 Maverick City Music and Kirk Franklin have united to record an album and tour the country, and they added a special tour stop on Los Angeles' Skid Row.

The area is home to one of the largest concentrations of homeless people in the country. The concert was in partnership with the Los Angeles Mission, a non-profit that works with those living in severe poverty in the community.

And it was a dream come true for the Los Angeles Mission President Troy Vaughn. It marked the launch of a strategic plan he has to help those in need.

Vaughn told CBN's Studio 5, "About five years or so ago, God gave me a vision called Music Matters. Music Matters stands for Maintaining Universal Strategic Investment In Community. And we can have, as the backdrop, bring music back to our heart. Music is a universal language and everybody understands music, right? And then we can use that as the backdrop of community transformation." 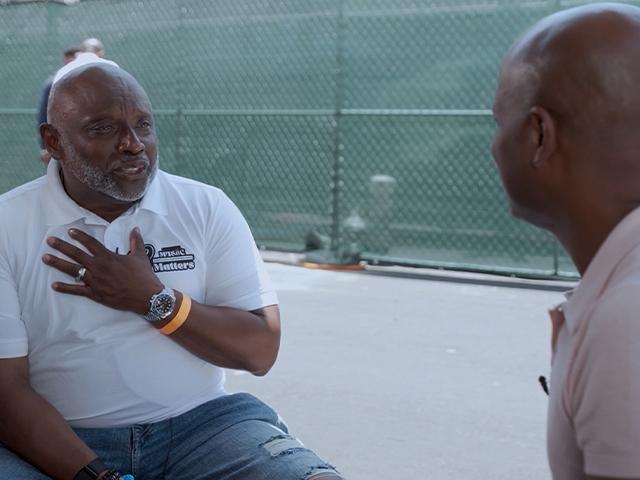 "What would that look like? And so what we're going to do is launch it today, right? Today is ground zero. And, you know, God brought me back full circle here because I think it's really important for us to understand that homelessness, at least here in Los Angeles, we understand homelessness with a clear association with Skid Row. And so we come back today to send a message," Vaughn told CBN News.

Vaughn said, "I'm overwhelmed by the magnitude of God's love and generosity, his grace and his mercy. I was at a Maverick City concert two years ago and I was in the audience. I got up the last one on the microphone and I asked him to come to Skid Row."

Fast forward to this year. Vaughn learned Maverick City was coming to town for a couple of days and they wanted to come and serve through their Maverick City Initiative.

This is deeply personal to Pastor Vaughn. Before becoming President of LA Mission, he was homeless and living on the streets of Skid Row.

He recalled his story to Studio 5, saying, "For seven years, I was homeless. I used to sleep in a cardboard box, and God called me out of a cardboard box, and I made a covenant with God. And so now I'm here to begin a process of transforming not just Skid Row, but our city, our county, our state. My father had died of a drug overdose. They found him in a park in a port a potty with a needle in his arm. And I was in the Marine Corps, and I had a psychotic break. And I didn't come back for seven years. And yeah. God brought me back and a lot of love from a lot of people. And so I've been serving ever since."

Other artists attended the concert, including Gospel Recording Artist Judith Christie McAllister. She shared with CBN News her thoughts on what made her commit to being a part of LA Mission's vision.

McAllister shared, "Wow. It just does something to me. And I had no problem braving the heat, being here, waiting all this time, because I want to be a light to somebody's darkness."

"I'm getting emotional now because I think about so many of them that are on the street corner. They are one check away or one hope away or one help away from really coming up. And I want to do everything that I can to ensure that one person, wherever I am, is lifted," she said.

McAllister says the vision of LA Missions follows her belief that the Gospel is more than the four walls of the church.

She said, "We have the opportunity to minister the love of Jesus Christ to those that may not come into the church. That's what it's all about. To God be the glory."

Recording Artist MAJOR. was also a part of the concert.

MAJOR. told Studio 5, "I do know struggle and I do know hardship. And I also, you know, in times that I've been out in the community, you get to know the humanity. It keeps me grounded and it helps me just to just realize how powerful hope can be."