'This Is the Grace of God': How Actor Zachary Levi Went from Suicidal to Superhero 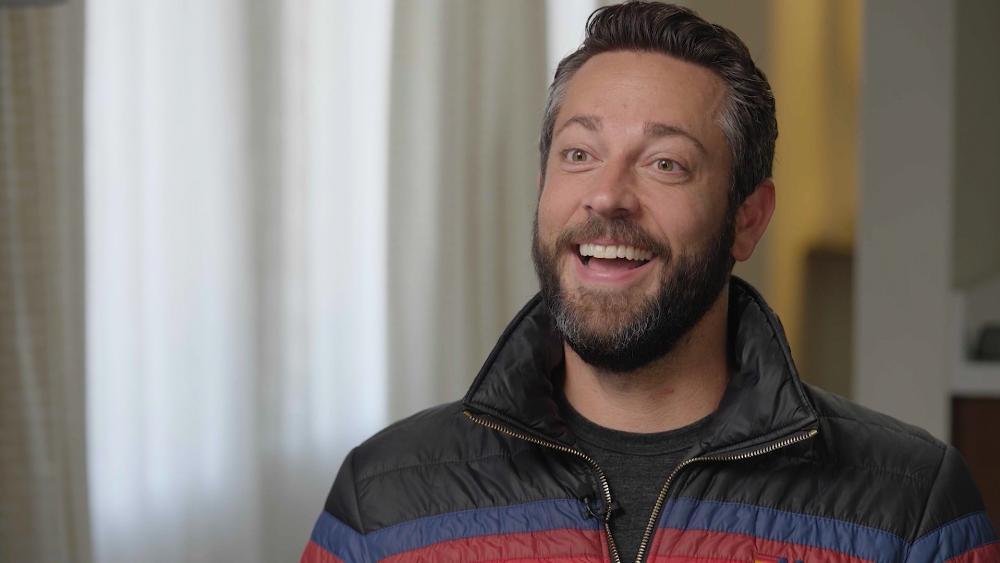 6308872582112
From Suicidal to Superhero: Actor Zachary Levi Shines a Light on the Importance of Mental Health

Actor Zachary Levi is known for his work in the shows "Chuck" and "The Marvelous Mrs. Maisel," as well as films like "Shazam!", and "American Underdog." Now, in a new book called Radical Love: Learning to Accept Yourself and Others, he's telling his own life story to shine a light on the importance of mental health. He shared his personal journey about how he went from suicidal to superhero in a new interview with CBN News.

Zach Levi lands larger-than-life acting roles quite regularly. Less well-known is the private life and painful childhood of Zachary Levi Pugh. When he was a child, he thought his life was normal. He only realized much later that it wasn't even close to normal.

"There wasn't anything particularly traumatic that I could point to and say I am living a traumatized life," he said. "You don't realize that until far later in life, hopefully. A lot of people don't realize that. Looking back on it, I can assure you it was an incredibly traumatizing childhood. There was just lots and lots of unhealthy, toxic behavior that was going on. Again, I could tell you that there were things that were making me cry on a regular basis. And things that I was afraid of on a regular basis. But I didn't necessarily see those as being anything but normal. I guess this is probably what other kids deal with as well. So that would be a snapshot into my life, I suppose."

The trauma of young Zach's childhood caught up with him in adulthood.

"Young Zach was this, I don't know – this young boy lost in a sea of estrogen, between my sisters, my mom, my aunts, my grandma. But fortunately – and this is the grace of God. Not just the grace of God, but the plans of God. I figured out very early on in life, probably around four when I figured out that I could make someone laugh intentionally. Every kid makes people laugh accidentally. You don't know why. Around four, I was smart enough to go, 'I can do this thing, I could do X or Y and that would make somebody laugh' ... and I also knew that a laughing, smiling person feels good," he said.

"And I never wanted to stop doing that. And I was immediately called to, addicted to... not realizing that because I was lost in this world of trying to find identity and value and worth, and all of that jazz – that I was both fulfilling a calling in my life, but also figuring out very quickly how to run away from metabolizing my pain... be the guy, bring the happy, bring the joy."

Being a quick study earned Levi a leading role early – and an escape from real life. It was a life filled with abuse, a mom with mental struggles, and an absent father.

"I'm grateful that I was able to find what I love to do, and what I was good at doing, at such a young age because I think a lot of people don't. Even though that was also something that was insulating me from doing a lot of the work that I needed to do that eventually lead to me having a massive breakdown later on in life," he said.

He shares that story in a memoir, Radical Love: Learning to Accept Yourself and Others.

In it, he talks about going from suicidal to superhero, then to suicidal again. He took us back to that rock-bottom moment.

"I felt like I was failing," he said. "Ultimately, like most of my life, I felt like a failure. Even though from the outside it looked like I was very much succeeding, but I am not succeeding on the level that I am supposed to or that I was called to."

With music, Broadway, as well as the big and small screens on his resume, Zach left Hollywood for Austin, Texas.

"I didn't know anyone out there, and all of a sudden after 15 years of living in Los Angeles, having community and support structure, I was now alone.... I have blown up my life. I have now entirely failed. There is no coming back from this failure," he said, adding: "I would say if suicide was climbing a ten-rung ladder, I was at rung nine. "

"Thankfully, I have family that surrounded me and supported me, were there for me, just enough for me to get up and go to therapy, life-saving therapy. It was a perfect storm. It was 37 years of lots and lots of trauma, unhealed trauma. A real testament of how I think God works, and what we ought to prioritize.... I didn't understand that. So to go away and do this therapy, finally, and figure out I haven't loved myself my entire life. And oh, this feeling that I have inside? That's anxiety. I am glad I finally know what anxiety is."

Therapy began his healing, a rebirth of his faith, and the role of a lifetime.

"'Shazam!' literally happened while I was finishing up my therapy," Zach said. "But only because God was like, 'Good now that you have done the thing, now I can give you the blessing. You would have self-destructed had I given you this blessing before you did the work.' And that's the work."

In another interview with CBN’s Faithwire, Levi spoke about the transforming power of the "Radical Love" of Jesus.