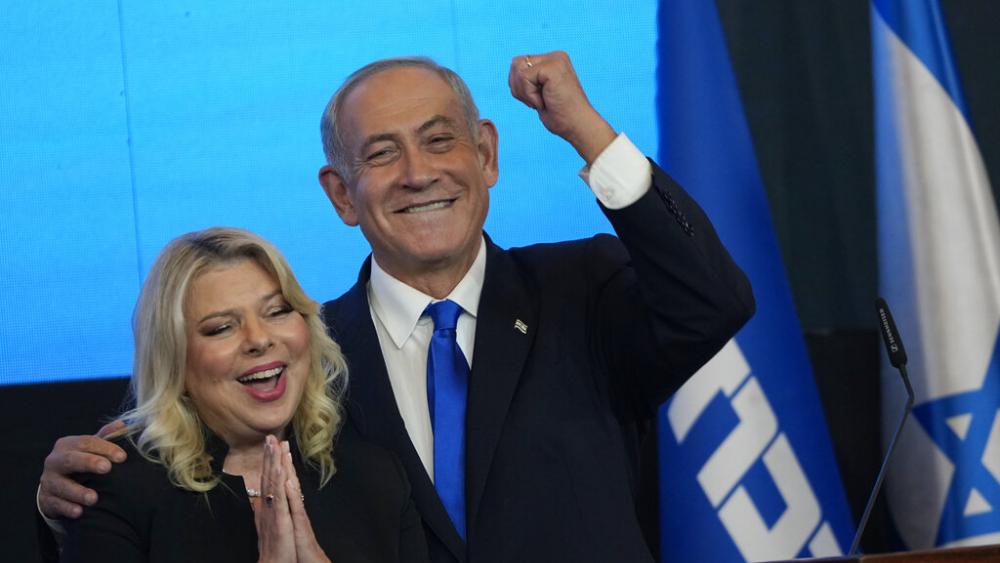 JERUSALEM, Israel – With nearly 100 percent of the votes counted in the Israeli elections, it seems that former Prime Minister Benjamin Netanyahu and his Likud Party will return to power.

Netanyahu urged his supporters to wait until final results are in before declaring victory. Still, according to the count so far, it seems clear that Netanyahu has a solid majority to form an ideologically conservative government.

In Jerusalem early Wednesday morning, Netanyahu told a cheering crowd of supporters, “One thing is already clear: our way, the way of the Likud, has proven itself.”

After the initial exit poll results came in Tuesday night, the celebrations began at Jerusalem’s International Convention Center. Those results held up with less than 3 percent of the votes remaining to be counted, virtually assuring that Netanyahu will extend his time as Israel’s longest-serving prime minister.

Netanyahu promised, “I will establish a nationalist government that will see to all Israeli citizens without any exceptions.”

Netanyahu’s main rival, Prime Minister Yair Lapid of the Yest Atid Party, reminded his supporters it’s not over until the last vote is counted.

Itamar Ben-Gvir, co-leader of the Religious Zionist Party, said the party’s huge showing was a public vote for a stronger Jewish identity in the country.

“We want to make a total separation between those who are loyal to the state of Israel  —and we don’t have any problem with them  — and those who undermine our dear country, he said.”

Israel’s Former UN Ambassador, Danny Danon will enter the next Knesset as a member of the winning Likud. He told CBN News, “We saw, today, the strength of the Israeli democracy. So many people went again and voted, and I’m proud of the people of Israel.”

Danon added, “We will correct all the mistakes that Lapid made during the last year, whether it's in the economy, foreign relations; we have a lot to do. We'll continue to work with our neighbors about the Abraham Accords, then we will (bring) security to the people of Israel.”

John Waage, CBN News political analyst, says there were several issues that concerned Israelis, starting with a deteriorating security situation in areas of the West Bank, biblical Judea and Samaria.

“One thing for sure was security, and especially how it disintegrated over the last few weeks,” Waage said.

Another issue he mentioned was the seemingly endless cycle of elections that kept bringing voters back to the polls. The sliding economy also was a factor, along with Prime Minister Lapid’s public commitment to a two-state solution between Israel and the Palestinians in a September speech to the United Nations General Assembly.

According to Waage, the high turnout and conservative results in Israel might encourage conservatives in the US who support Israel to get out and vote next week in their own midterms.