The Little Known Miracle that Saved the Pilgrims 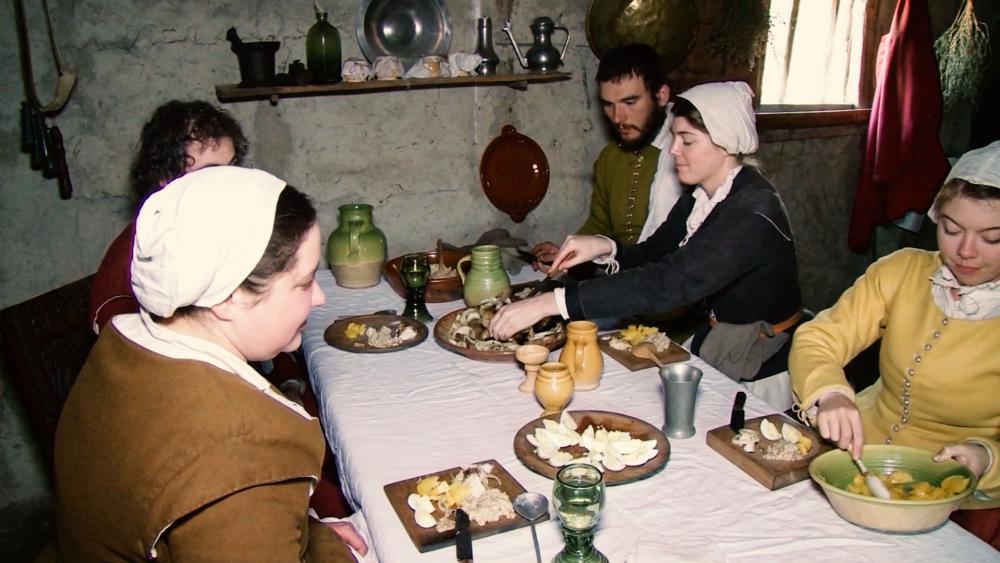 PLYMOUTH, Massachusetts – Most of us know that Pilgrims held the first Thanksgiving to celebrate miraculously surviving their first harsh winter in America. But another part of history is fairly unknown: an even more impressive miracle saved the Pilgrims and nearby Indian tribes just two years later.

That first winter of 1621 had really been a killer, wiping out 51 of the original 102 settlers in the Plymouth colony. But then their first crop thrived. In fact, they found they could grow five times as much on a plot of land here as on the same size plot back in England.

Why the First Thanksgiving Mattered

Pilgrim re-enactor Leo Martin told CBN News, "They thought that they ought to thank God for that. So they had a Thanksgiving."

Martin and his wife, Nancy, run the faith-based Jenney Museum in Plymouth to keep the memory of the Pilgrim's crucial faith alive.

The re-enactor related how the friendly Chief Massasoit brought 99 braves to the first Thanksgiving, which turned into a three-day celebration.
"They played games. They shot off guns. They had competitions and really bonded, which is very important because you have to understand that because hunters came here before the Pilgrims and captured Indians as slaves, there was a little bit of animosity there," Martin explained.

Things were going very well, but then 1623 brought a drought that threatened to wipe out all the crops of the Plymouth plantation and nearby Indian tribes.

"Everything wilted," Martin said. "So on a Wednesday morning, Governor William Bradford turned to his people and he said, 'We need to get on our knees and have to ask God what we've done wrong.'"

The settlers realized their colony, even their lives, were on the line.

"And they began to pray – 90 degrees, not a cloud in the sky. Nine in the morning they started," Martin said. "Noon time: nothing. Two o'clock in the afternoon: nothing.  Four o'clock: a little cloud appeared right above the plantation. And by 6 o'clock it began to rain."

Only a Special Rain Would Do

The miracle had begun over the colony, but for it to continue, God had to grant a special kind of rain.

"And I do not mean the kind of rain we're used to in Plymouth: a Nor'easter where everything gets knocked down. But a soft gentle rain fell on Plymouth Planation for two weeks. And the crops were saved," Martin explained.

Not only that: as a nearby Indian chief named Hobbamock watched this miracle – this saving rain – it initiated a huge leap forward in relations with the Pilgrims.

Martin said of Hobbamock, "And when he saw that happen, he went up to William Bradford and he said, 'Billy, I like your God. He saved your crops.'  And Hobbamock became a Christian. And that's when Hobbamock built his village right across the river from the Pilgrims, three years after the Pilgrims arrived, so he could be closer to his Christian friends and his Christian God."

Some criticize the Pilgrims for not being as lively or actively witnessing as today's evangelicals. But Martin has great respect for these early settlers' Christianity.

"People say to me 'the Pilgrims didn't evangelize.' You know what they did? They lived their faith. And when you live your faith, it has an effect. It sure had an effect on Hobbamock," he said.