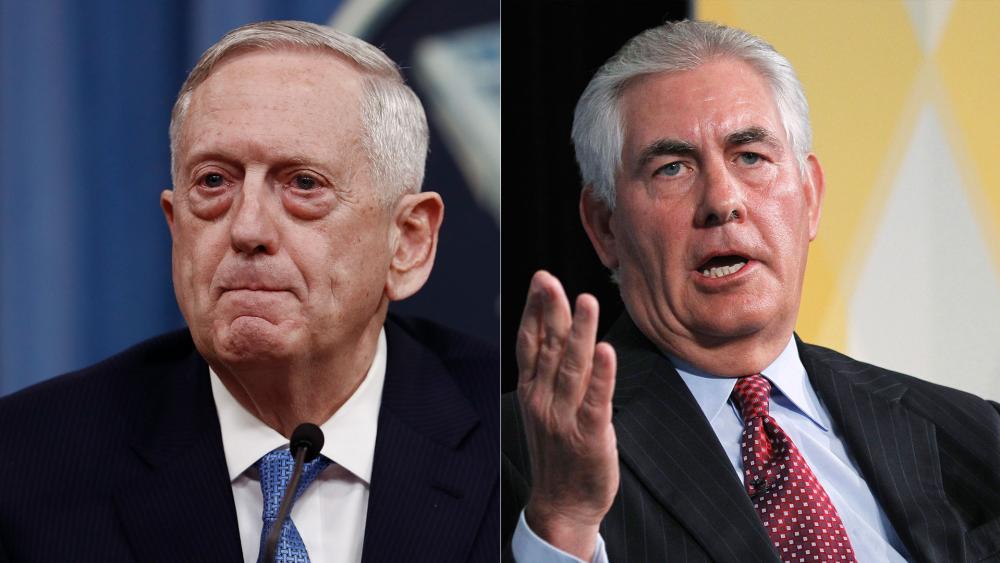 Tillerson and Mattis in South Korea

The two co-authored an opinion story in the Wall Street Journal.

"We have no desire to inflict harm on the long-suffering North Korean people, who are distinct from the hostile regime in Pyongyang. We are replacing the failed policy of 'strategic patience'... with a new policy of strategic accountability," they added.

Meanwhile, it's suspected North Korea is putting the final touches on a plan to fire four missiles into the waters around the US territory of Guam.

It's not clear if and when Jim Jong Un will order the launch.

Mattis and Tillerson said the North faces a choice: "Take a new path toward peace, prosperity and international acceptance, or continue further down the dead alley of belligerence, poverty and isolation. The two are urging China to take the lead and bring Pyongyang to the table.

Pentagon officials tell CBN News an additional 3,000 U.S. military personnel are in and around South Korea as of Monday afternoon. They are there along with the 28,500 currently on the Korean Peninsula as part of a military exercise.

New commentary published by North Korean state media KCNA said "no matter what rhetoric they let out about 'annual, regular and defensive drills,' they cannot cover up the danger of a war outbreak."