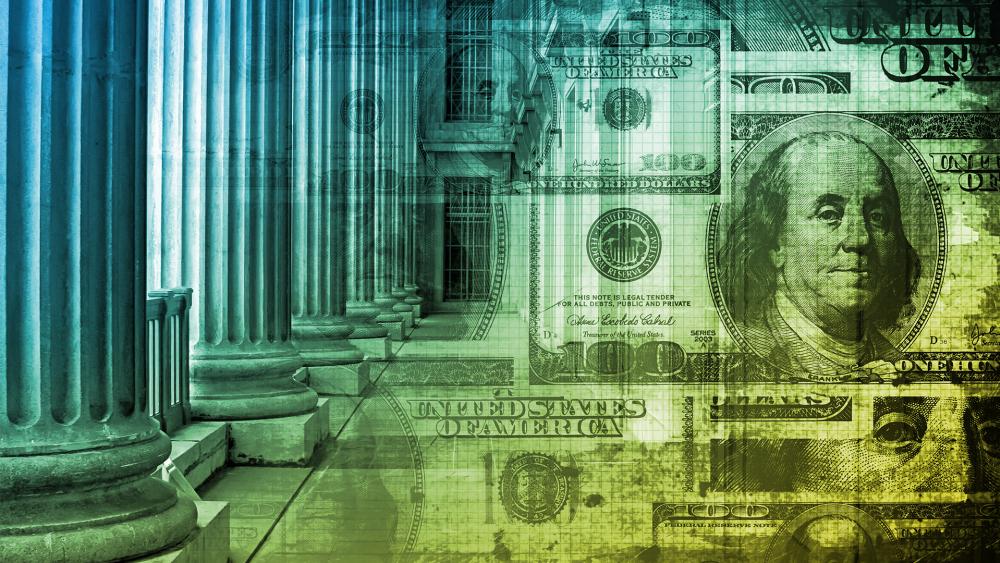 The Senate is divided 50-50 between Democrats and Republicans, so Democrats needed Sinema's support to pass it. But she reportedly objected to the bill's plan for new taxes on businesses.  And The Hill reports other Democratic senators are also concerned about the minimum corporate tax in the measure.

Economic experts generally acknowledge that raising taxes on businesses gets passed along to employees in the form of lower wages and to consumers in higher prices, which does not help inflation worries at all.

But Democratic Senator Joe Manchin of West Virginia, who may be the deciding vote, claims the bill does not raise taxes.

Despite Manchin's support, and the fact that the bill is labeled as the Inflation Reduction Act, an analysis from the widely-used Penn Wharton Model says the measure will have no impact on inflation. In addition, other analysts say it's a bad idea to raise taxes in the face of a recession.

In addition, a major expansion of the tax-collecting IRS in the bill is raising fears of more harm, especially to small businesses in the midst of an economic slowdown.

The Daily Signal lamented these harmful effects in an editorial, saying the measure could actually cause more inflation:

"A major expansion of IRS audits would be a concern for all businesses—very much including those who already pay their taxes conscientiously," writes Heritage Foundation senior tax policy analyst Preston Brashers.

"The constant fear of an army of bureaucrats nitpicking their small business operations would push companies to dedicate more money and resources to tax accounting, audits, and legal fees, adding even further to overhead costs. This will only further drive down employees' real wages and push up consumer prices."

Manchin told reporters, "There's not one penny of change in taxes."

But Brashers writes that this is "clearly false," and cites the government's own non-partisan Joint Committee on Taxation:

"Government estimates from the Joint Committee on Taxation also show that the incidence of the tax will fall on Americans across the income spectrum, but the lowest-income taxpayers would see the largest relative increase in their federal taxes."

But of even greater concern to many Americans is that an IRS loaded with 80,000 new agents won't just be looking for errors on tax returns, but will be targeting organizations that don't align politically with the Biden agenda.

Conservatives haven't forgotten how IRS head Lois Lerner abused her power to target conservative organizations back in the second Obama administration when Tea Party groups ousted many Democrats in the 2010 mid-term elections. In the 2017 Linchpins case, the IRS made a formal admission of bias and issued an apology to groups like True the Vote who found themselves slow-walked or denied non-profit, tax-exempt status.

National Public Radio reported that some conservative groups said the Linchpins settlement offers the first real apology from the agency. The judgment stated that "politically based discrimination in administering the tax code" violated the First Amendment. Catherine Engelbrecht of True The Vote, with its own IRS lawsuit, said, "For the first time, the IRS admitted their discrimination against conservative groups was wrong and unlawful."

You can be sure if this bill passes, the newly-bolstered IRS will be thoroughly scrutinized by those opposed to Biden's socialist agenda. And if Joe Manchin is the guy who pushes it through, West Virginians who overwhelmingly supported Donald Trump might be taking a second look at their senator when he next faces home state voters.