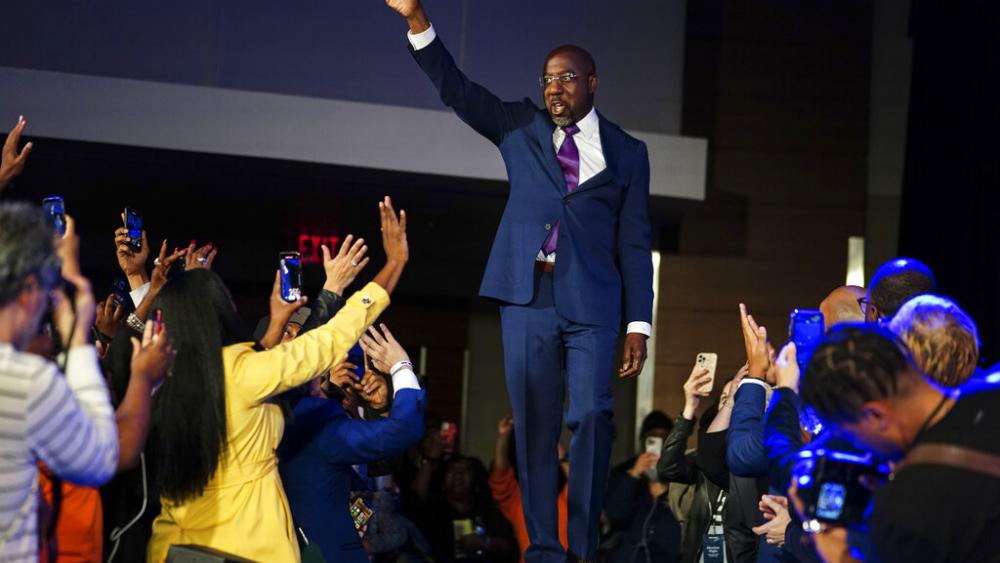 Raphael Warnock has been declared the winner in Georgia's runoff election. His victory gives the Democrats a 51-49 majority in the US Senate.

The election's hallmark was early voting, which shattered records, as nearly 2 million Georgians cast ballots before the day of the runoff. Another 1.4 million voted Tuesday.

“After a hard-fought campaign or, should I say, campaigns — it is my honor to utter the four most powerful words ever spoken in a democracy: The people have spoken,” Warnock told a jubilant crowd in downtown Atlanta.

Walker told his supporters at Atlanta's College Football Hall of Fame, “The numbers look like they’re not going to add up." He added, “There’s no excuses in life, and I’m not going to make any excuses now because we put up one heck of a fight.”

"I don't want any of you to stop believing in America. I want you to believe in America and continue to believe in the Constitution and believe in our elected officials most of all, continue to pray for them. Because all the prayers you've given me, I felt those prayers," Walker continued.

In the general election held on Nov. 8, supporters of both candidates were motivated by the party battle to win control of the U.S. Senate, but many were persuaded to vote a second time around even when Senate control didn't hang in the balance.

Democrats could already count on Vice President Kamala Harris' tie-breaking votes in the Senate, but with the extra seat, it won't be needed as often.

The final stretch of the campaign featured harsh insults from each candidate on his competitor's character and integrity.

A wide-ranging VoteCast survey of more than 3,200 midterm voters in the state provided a detailed look at the Warnock and Walker coalitions and the attitudes that defined their choices this year. Fifty-six percent of Georgia voters said the incumbent senator "has the right experience to serve effectively" in the job, compared with just 39% saying that of Walker, a 60-year-old political novice.