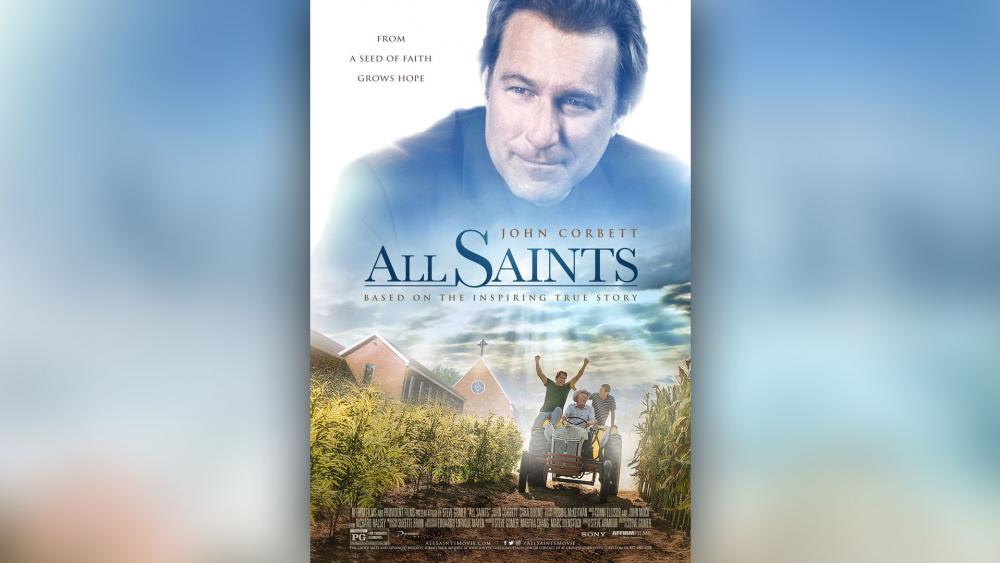 Rev. Michael Spurlock and his wife Aimee were faced with the incredible challenge of shepherding a church with too much debt and too few people on Sundays. Now they're opening up about the true story that inspired the motion picture, "All Saints."

"I was just out of seminary - I'd never been the pastor or the chief shepherd of a church before," Spurlock told The Gospel Herald.

He was put in charge of running All Saints Episcopal Church in 2007 and was way over his head.

"I had no idea what I was doing. We were sent down to see what should happen; should we close the church? Should we sell the property? Could we make a go of it?"

That's when everything changed and a group of refugees from Myanmar, formerly known as Burma, came walking in the church doors.

"The refugees from Burma arrived after we had determined that there was probably little alternative but to sell the church property and replant the church," Michael said. "We were going to start over from scratch and try to eliminate the debt. And then, when the refugees showed up, we just turned a radical corner in the life of the parish."

He decided to pay off the church debt by starting a farm on church grounds and allowing the refugees to work on it.

We were praying throughout the whole experience," Michael said. "Sometimes, the provision was so miraculous...you could feel the presence of God there."

More refugees came, the farm grew and so did the church. Before they knew it the church had been rescued from the brink of collapse.

"A simple adherence to Jesus' command to love one another, to welcome the stranger, to not be judging who should and shouldn't attend your church. Just the openness to those possibilities changed everything, it was so far beyond our imagining what God wound up doing there," Spurlock added.

The church's story has since been made into a movie by Sony Pictures Entertainment company entitled "All Saints."

The Spurlock's say the film shows the power of prayer.

"The power of prayer has everything to do with our story - from the very beginning," Aimee told Gospel Herald. "We were put in this situation that felt just so frightening. And then, there were these beautiful people who came into our lives and suddenly, our world changed, and it changed for everyone."