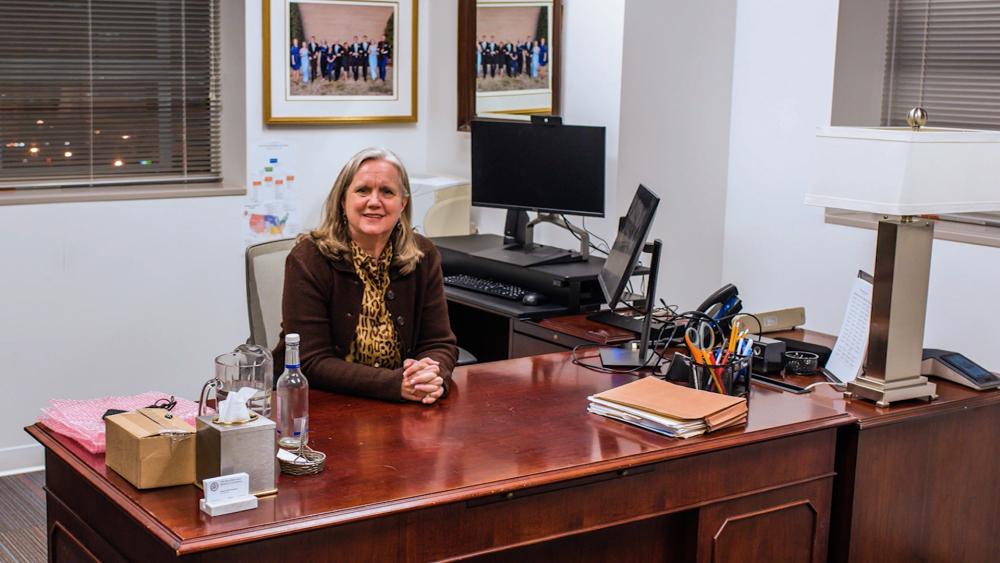 Attorney Sharon Gustafson has worked in employment law for decades, including taking a client in a pregnancy discrimination case to the Supreme Court. In 2019, she became the first woman to serve as general counsel for the Equal Opportunity Employment Commission (EEOC).

The federal agency serves to protect people in the workplace from discrimination and retaliation.

Then in early March, Gustafson found herself fired by her new boss—President Joe Biden—after refusing a request for her resignation.

"I was given no reason at all for the termination," she told CBN News.

But she had some clues. Weeks before the Biden administration asked for her resignation, Gustafson discovered that the final report on the EEOC religious discrimination work group she led had been removed from the EEOC website.

The EEOC enforces anti-discrimination laws across the board and while it has defended employees' religious rights for years, Gustafson noticed an exception that prompted her to create the group.

"I had never seen any case that was brought to protect somebody who was discriminated against because they had traditional religious beliefs about sexual morality," she said. "So I started thinking 'I wonder what other sorts of religious beliefs people may have that they think are not protected so I set up a religious discrimination workgroup."

Gustafson says that although the group included people from diverse faith backgrounds it faced internal opposition, even from leadership.

"They told me they were uncomfortable with it."

The work group's final report included a wide array of findings, including the concern by a number of participants that the EEOC prioritizes race and sex discrimination claims over religious discrimination ones.  It noted, "some participants shared that their members do not view the EEOC as friendly to their religious beliefs."

"They simply said that because of their religious beliefs they could not celebrate this and so they asked to be permitted to wear aprons that did not include that symbol," said Gustafson.

LGBTQ advocates also spoke out against her workgroup, concerned that religious beliefs would be used to discriminate against sexual orientation.

Gustafson maintains it's possible to protect both.

"All of these people can be protected at the same time," she said. "The law requires it and it's the EEOC's job to find a way to do that."

In the Kroger case, she says the accommodation—allowing the employees to wear aprons with the gay pride symbol—protected everyone.

"Title 7 doesn't permit people to require that no one disagrees with them," she said. "We all have to sometimes work with people who may not approve of our beliefs. They may not approve of our actions but as Americans, we still have an obligation, a duty to work shoulder to shoulder with each other and to do it in a non-discriminatory, non-harassing way."

Gustafson may never know exactly what triggered her firing. It's almost become a tradition that political appointees in certain areas resign when administrations change. Two of her predecessors did so even though they had time left in their term.

Going forward, there's concern that her ouster will have a negative impact on workers who face discrimination for their beliefs.

Tony Perkins, president of the Family Research Council, told CBN News "I think what is going to happen is that this will have a chilling effect upon religious expression in the workplace."

Gustafson says her firing sends a signal to both former colleagues and the public.

"There is a chilling effect to other people at the EEOC and the word gets out, you know, to the public generally that the EEOC is not interested in these types, certain types of religious discrimination claims and that is to everybody's loss," she said.

EEOC commissioner Andrea Lucas calls the firing "deeply troubling" and warns that "religious liberty has become a disfavored or second-class right in many areas of our society."

But a spokeswoman for the EEOC emphasized to CBN News that religious discrimination claims will continue to be a top priority.

"The EEOC has a long history of defending against discrimination based on religion in the workplace and will continue to vigorously enforce those laws," she said.

There's also a faith-friendly movement in the corporate business world that urges employees to bring their "whole self" to work, including their religious beliefs. A number of top companies are creating faith-oriented employee resource groups alongside LGBTQ employee groups.

It's a movement that Gustafson applauds.

"We need to make sure that the federal government is fairly protecting all workers," she said. "That no one has any reason to believe that certain rights supersede other rights or are somehow given higher priority."