'Is the State God?' Another CA Church Fined as Newsom Remains Only Governor to Ban Indoor Worship 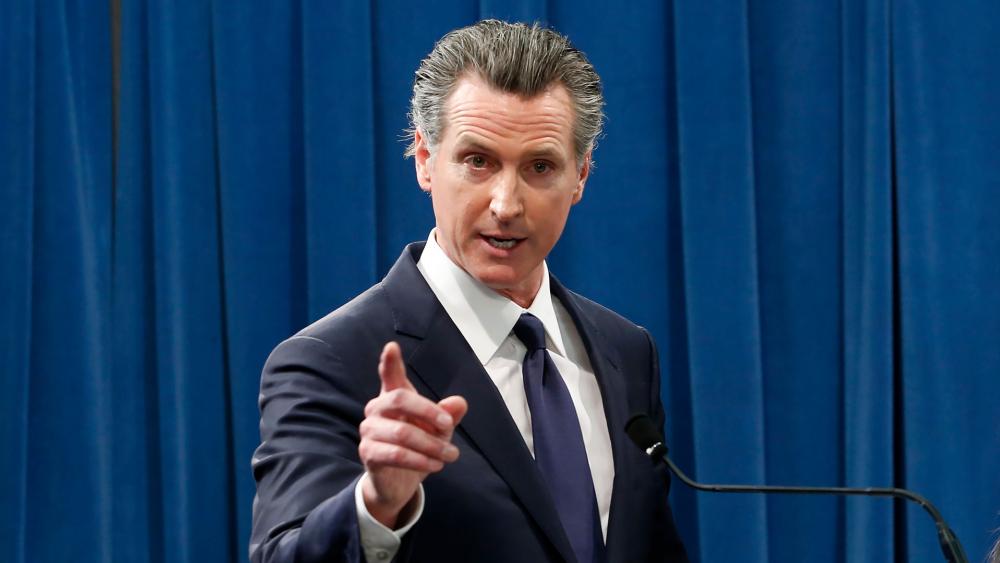 The leaders of a Santa Rosa, California church which at first refused to stop holding indoor worship services decided to comply on Sunday after county officials fined the church twice in two days.

The Press Democrat reports the Spring Hill Church was fined $100 last week after being warned by county officials for months.

"We're not trying to prove anything, just meet people's need for God. If people are uncomfortable, don't come," Avlakeotes who founded the church with his wife, Eve, told the newspaper on Thursday. "We've gotten the warnings, but it's kind of like do I listen to God and meet people's spiritual needs as a pastor and church and listen to God and follow scripture, assemble of our own free will? Or is the state God?"

After Avlakeotes publicly stated that the congregation would continue to hold indoor services in defiance of county and state orders, the church received a second $100 fine Saturday night and a third $100 fine on Sunday morning.

The church was the first religious organization in the area fined for defying health orders banning indoor worship services to slow the spread of COVID-19, according to the newspaper.

Avlakeotes said the church would yield to the county's direction to move services outside while holding out hope — and leading his congregation in prayer — for a U.S. Supreme Court intervention.

"We pray for the freedom to worship," he said.

He prayed, also, for a strong relationship with Sonoma County, saying "we don't want it to be funky or sidewise."

"We're not looking to prove anything, and we're not looking for a fight, alright?" Avlakeotes told his congregation Sunday. "If the county's going to come in and is going to fight us all the way, then we'll probably let them win this one. We'll go outside."

The Press Democrat noted Gov. Gavin Newsom moved to lift the statewide shutdown last week, but indoor services are still barred, because of the number of COVID-19 cases in the county.  At present, Sonoma County remains in the purple tier which is the most restrictive due to the widespread risk level, according to both the state and county guidelines.

California has the most severe restrictions in the nation on places of worship with its total ban on in-person worship, according to the Liberty Counsel, a nonprofit religious rights law firm. All but six states have abandoned numerical caps on worship and only one state – California – bans indoor worship entirely.

Except for 48 days where worship was allowed at 25 percent capacity but not more than 100 people, the Golden State's no worship ban has been in place for 318 days as of February 1, 2021.

As CBN News reported, on December 3, 2020, the High Court granted the petition by Harvest Rock Church and Harvest International Ministry, setting aside all the lower court orders and directing them to follow its ruling in Roman Catholic Dioceses. When the lower courts refused to strike down California's restrictions, the case returned to the Supreme Court.

Liberty Counsel Founder and Chairman Mat Staver said, "We are waiting for the High Court to end Governor Gavin Newsom's executive edicts banning worship. California is the ONLY state with a complete ban on worship. The High Court has already issued the Constitutional roadmap, but Gov. Newsom refuses to comply."