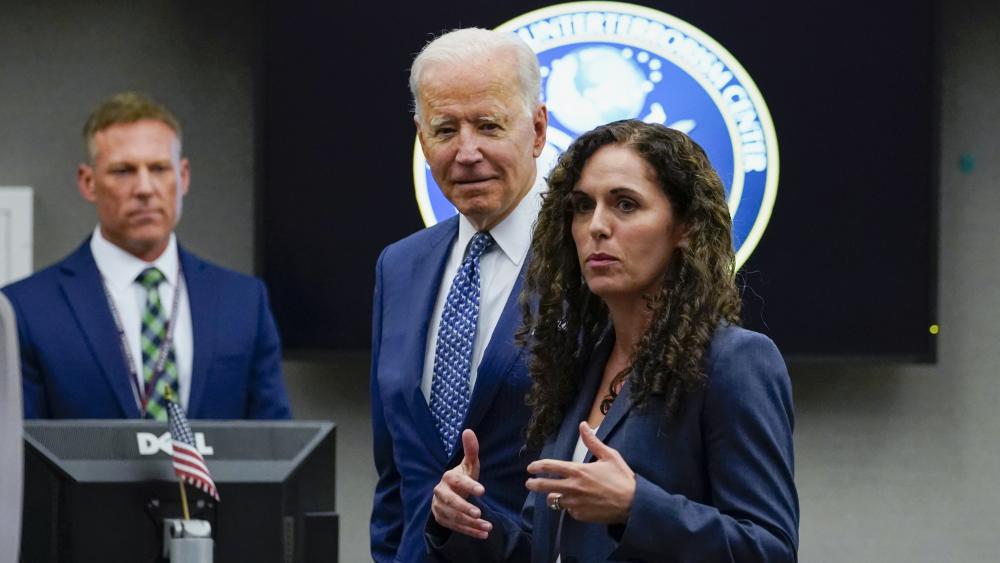 President Joe Biden listens as Director of the National Counterterrorism Center Christine Abizaid speaks during a visit to the Office of the Director of National Intelligence in McLean, Va., Tuesday, July 27, 2021. (AP Photo/Susan Walsh)
6265731228001
Biden Warns of a 'Real Shooting War' with Adversaries Like Russia and China if Cyber Attacks Escalate

President Biden is warning that a major cyberattack might lead to a "real shooting war" between the United States, Russia, and China.

Biden made the comments while meeting with members of the U.S. intelligence community this week. He was visiting the Office of the Director of National Intelligence, an agency that oversees the 17 other U.S. intelligence organizations.

He suggested that if America were to end up in a real war he believes it would be because of a major cyberattack.

A number of recent hacks against key government agencies and critical infrastructures such as an oil pipeline and major meatpacking plants have shown the extent of America's cyber vulnerabilities.

The president said these and other attacks reveal just how damaging cyber threats are.

"You know, we've seen how cyber threats, including ransomware attacks, increasingly are able to cause damage and disruption in the real world. I can't guarantee this and you're as informed as I am, but I think it's more likely we're going to end up, well if we end up in a war, a real shooting war with a major power, it's going to be as a consequence of a cyber breach of great consequence and is increasing exponentially the capabilities," Biden said.

The president didn't say who we might go to war with, but the administration has accused Russia and China of orchestrating some of the recent attacks.