Sportscaster James Brown Wants to be 'A Strong, Healthy Vessel for His Use' 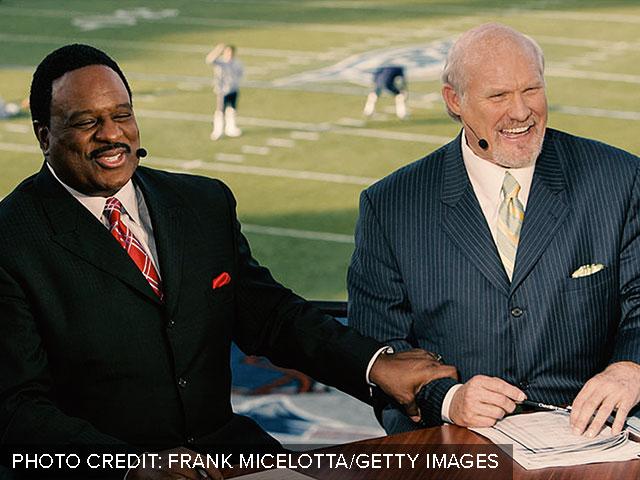 Sportscaster James Brown has shed 74 pounds in the last eight months, and he credits his faith in God for his weight loss success.

At 66-years-old and 6-foot-5, Brown has lost exactly 25% of his body weight, and he shared the story behind it in a recent interview with Jason Romano on his Sports Spectrum podcast.

Brown said, "I wanted to be, and want to be, a strong vessel for the Lord."

"The overriding reason for wanting to get into good shape — clearly for health purposes — but was to be a strong, healthy vessel for His use," He added.

A Christian doctor developed Brown's weight-loss program, and the numbers used all have Biblical connections.

"There's a three-day recovery period — new birth or resurrection. And then there's the maintenance phase. So it's gone really well, but as I looked at their affirmations — and they're good affirmations — I made mine all about the Lord, saying I want to be a strong vessel for your use: energetic, enthusiastic, healthy. And as a result, my family and everyone else, my employer, they would benefit. So it's kind of the same concept as in Matthew 6:33, which says 'Seek ye first the kingdom of God and his righteousness, and all these other things will be added.' If I seek to be a strong, healthy, energetic vessel for Him, everything else — my family, my wife, my grandkids — they'll be beneficiaries."

Brown has publicly shared smaller weight loss victories over the years. He could be seen in in The Sports Business Journal in 2015 eating brown rice crisps.

The New York Times reported his losing 40 pounds in 2010.

And in 2008, the Washingtonian featured Brown hiring nutritionists to help him slim down from nearly 275 pounds.

He recalled listening to an evangelist on the radio as a kid in elementary school. He attended Catholic church at age 12, while playing Catholic Youth Organization (CYO) baseball.

He then fully invested in his faith as a young, successful businessman in D.C. It came with an unforgettable moment of introspection, while riding down North Capitol Street late one night.

In that moment, his faith became a lifelong pursuit.

Brown said, "I don't go around trying to beat people over the head with the Bible; I try to model it in my lifestyle."

"I try to do my job with excellence so that there's no complaining, no issues at all about me not only meeting the mark but exceeding the mark, treating people like I want to be treated, like Christ treats us, with grace and love."