Caleb Serrano: The Little Worship Leader with a Big Voice 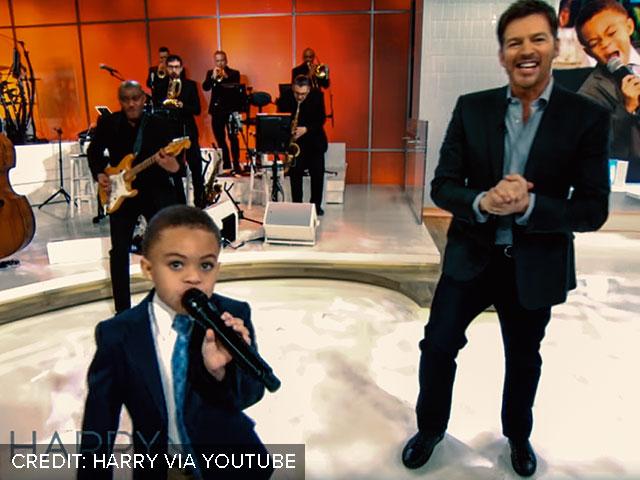 Caleb Serrano may be a pint-sized package, but his voice packs a big punch and when he sings people of all ages are blown away.

Caleb made headlines after a video of him singing at his grandfather's church in Greensboro, North Carolina went viral.

Caleb and his parents sat down with Studio 5 to talk about Caleb, his big voice and the impact he's having on people around the world.

The five-year-old says his grandfather, who he calls "poppa," encouraged him to start singing - but his inspiration comes from above.

"I just kept on listening and God gave me a voice to sing," said Caleb.

She added, "He's been (singing) since he was not even able to talk."

She continued, "it has been a blessing that so many people are touched by my little one, my blessing. I Just hope we can continue to do what God has us to do. It has been wonderful."

Caleb's dad, Richard Serrano, says one of the biggest surprises for him is how people from all around the world connect with Caleb's singing.

"The biggest surprise for me has been just the positive feedback from around the world. Not just locally, but internationally how people are reaching out to Caleb to tell us about how he is touching their lives," said Mr. Serrano.