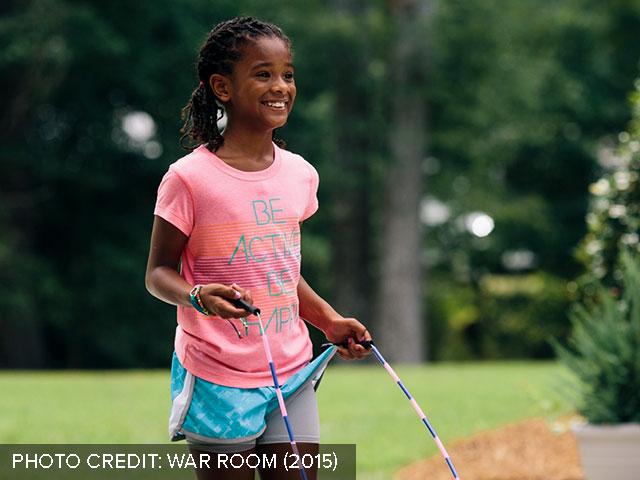 Young actress Alena Pitts may be best known for her powerful performance alongside Priscilla Shirer in the hit film "War Room." She is also a model and a guest contributor to a couple of magazines.

At just 12-years-old, Pitts now adds "author" to her rapidly growing list of accomplishments with her new book Hello Stars. This release makes Pitts one of the youngest female African-American authors to be represented by a major book publisher.

The book is a Zondervan kids publication under the Faithgirlz imprint. In a statement to The Christian Post, the Christian publishing company expressed happiness over its collaboration with Pitts.

Pitts hopes her work will help others find their hope in God.

Alena co-wrote Hello Stars with her mother Wynter Pitts, who is an editor and author. It is the first release in the series.

She told the Christian Post, "My mom and I were just talking and she randomly just said we should write a book together."

"She's always thought I was a good writer, but she's my mom so I never really thought about it! So to me, it was a very random and out of the blue statement so I kind of just agreed and then went on with my life."

"About a month later we got an email from Zondervan asking if we wanted to talk to them about writing a book. This really just showed me how powerful God is."

In describing the new book, Alena said the story "definitely represents my faith in God. I encourage people to look beyond the obvious."

There are more books ahead in the series. But acting and writing aren't Alena's only passions. She also has dreams of singing.

"I love to sing and singing is something I would love to pursue. I also would love to continue acting and speaking at different places."

Click this link to see Alena and her mom's thoughts on their book.