Finding Jesus at the Museum of the Bible Isn't so Easy 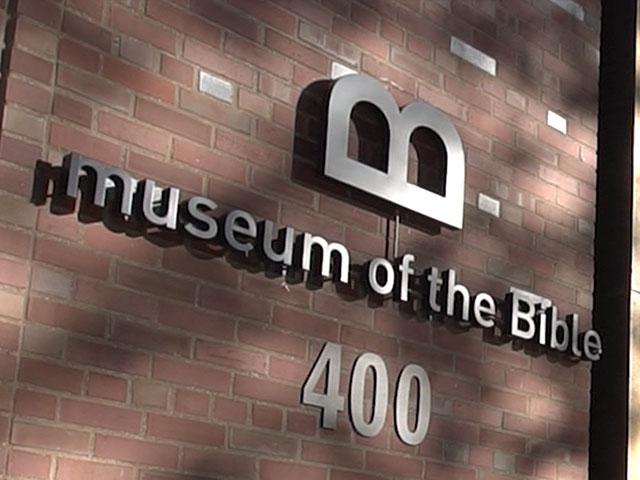 The grand opening of the Museum of the Bible is bringing to light how the Bible has impacted society throughout all of history. When you immediately walk in, there’s a huge "wow factor." The museum has plenty of electronics, gizmos, displays, movies and cool effects. But what about the "Jesus factor?" In other words, where exactly is Jesus inside this museum? Because after all, He is God.

Officials at the museum say you’ll find Jesus throughout and there are references to him sprinkled around on certain floors. He’s mentioned during a video of archaeological findings in Capernaum and in a temporary exhibit on the “stations of the cross" depicting his last hours. There’s also a Jesus plaque that explains how gospel writers say Jesus called himself “the son of man.” But that plaque is nestled in between the plaques of other historical biblical figures.

“From a content perspective, it’s the Museum of the Bible," says Seth Pollinger, the museum’s Director of Content. “Now, the Bible has a lot of characters and one of those characters is Jesus so Jesus is an important character throughout the museum. I think the focus is more of historical spread of the Bible.”

How about the biblical story of his birth or his teachings? In the twelve-minute movie devoted to the New Testament, it’s not mentioned. “Well, in twelve minutes you have to be selective,” Pollinger tells CBN News. “So we decided that our main theme was going to be the spread of this small group, they start with a few Jewish believers, they expand into a larger pool of Jewish believers and then it expands into a church of Jew and Gentile.”

But beyond the movie, there is no actual area devoted to Christ’s birth, death and resurrection, despite the fact that there are five exhibit floors and more than 400,000 square feet of space. The museum’s director of content offers a reason why.  “When you’re looking at actual exhibit spaces, it is a museum about the Bible so it’s going to tend to have a lot of manuscripts and books,” Pollinger explains. “You only have so much space. We decided to try and feature what’s the influence on music and literature and on those you’re going to have the impact of Jesus and nativity with references to songs and film and things like that. It’s a bit of a different approach.”

There is an exhibit devoted to the Virgin Mary where you see the baby Jesus in artwork. “By showing these forty images, it reinforces the significance of this character Jesus and how he’s been a worldwide influence,” says Pollinger.

However, when you tour Nazareth, the village where Jesus grew up, there’s no mention of Jesus’s time there. It’s more about the Nazarene culture.  So what are we to make of all this? Keep in mind the mission of the museum changed over the years. In 2011, the mission was, “to bring to life the living word of God, to tell its compelling story of preservation, and to inspire confidence in the absolute authority and reliability of the bible.” Today the mission is more scholastic in nature where they, “invite all people to engage with the history, narrative and impact of the Bible…”

Bickley says their main focus is hoping this good book called the Bible spurs curiosity, especially with those who question its authenticity. “We hope that people are so interested in the narrative of the bible that they pick up and start reading whether it’s the gospels, the epistles or anything in the Hebrew Bible. That’s our hope.”