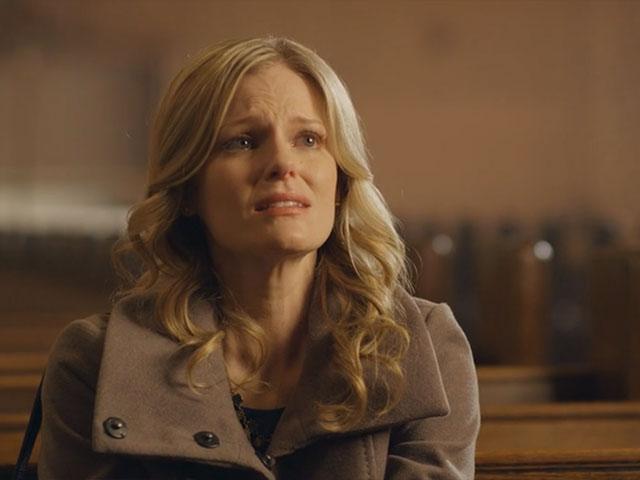 The world of faith films continues to grow. An exciting new romantic comedy, called "In-Lawfully Yours" is coming to DVD, Netflix and other digital platforms this fall.

"I was the instigator, a producer and I played a small role in it," said Bernsen, who described the movie as a passion project.

"I have been very blessed to have a wonderful career, but one of the things I take great pleasure in is sharing what we do with people who want to do what we do -- make movies," he added.

Bernsen said what drew him to the project was creating something where students could truly get involved on a "very personal level."

He worked alongside Hollywood heavyweights to shoot the film in Virginia. A Regent film professor wrote the script.

"It is a different experience and it was very exciting to go to Virginia Beach and have so many students on set because there was this general sense of excitement and joy in filming the movie," Crisp recalled.

Crisp, who plays Jessie in "In-Lawfully Yours," is no stranger to the big screen. She also stars in the hit ABC television series "Fresh Off the Boat."

"Sometimes you get something where the role just speaks to you. You know exactly what to do with it," she said. "It is like putting on a pair a comfortable jeans and that is what Jesse is like for me."

"You feel good when you walk out of the theater having seen it," said Mitch Land, dean of the School of Communication & the Arts at Regent.

Land said the project was something the Lord put on the heart of CBN/ Regent Founder Dr. Pat Robertson.

"This would not happen without Dr. Robertson's approval and support. This really is a tribute to vision," Land said.

"One thing that Dr. Robertson said that inspired me so much, was 'Mitch, don't you think the curriculum ought to be connected to movie projects.' It just sounded like music," Land added.